According to her letter, the group also chanted indecent slogans that made her uncomfortable. 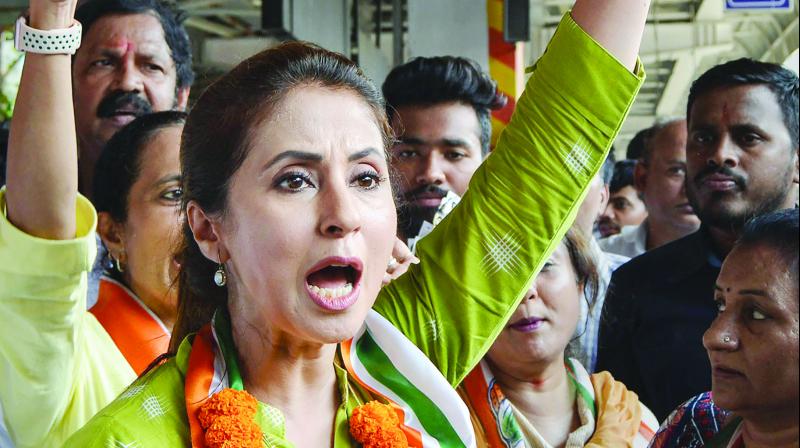 Mumbai: Accepting the request of actor-turned-politician Urmila Matondkar, the Mumbai police on Monday granted protection to her till the Lok Sabha elections are over. Ms Matondkar had written an application to the police seeking protection for herself after a group of “BJP supporters” clashed with Congress workers during her poll campaign in the Mumbai North seat.

Sangramsinh Nishandar, DCP, Zone 11, confirmed the development and said that the police is conducting a probe into her allegations to find out if those involved in the scuffle were supporters of BJP.”

He further added, “What we can say is that those involved in the incident were commuters”.

In a handwritten complaint in Marathi, signed by Ms Matondkar, addressed to the senior police inspector of the Borivali police station, she alleged that on Monday morning when she was canvassing in the vicinity of Gokul Shopping Centre near Borivali (west) railway station, around 20-25 ‘supporters’ of the BJP holding party flags and chanting ‘Modi, Modi’ surrounded her and her supporters. According to her letter, the group also chanted indecent slogans that made her uncomfortable.