Dry lakes and no water supply forced them to leave the village. 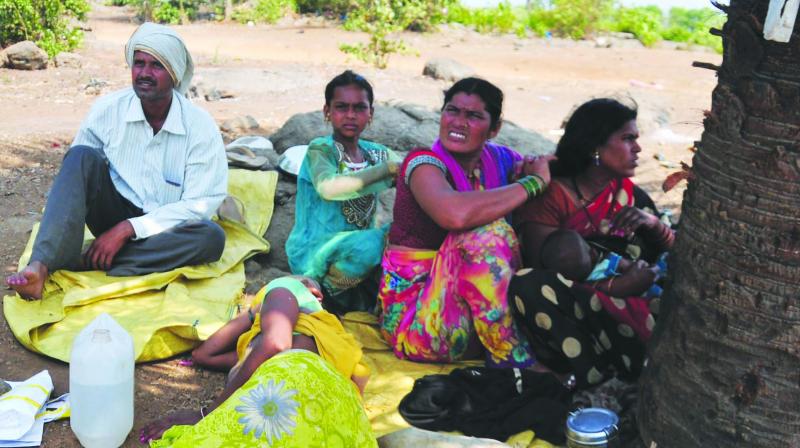 Mumbai: A slew of reasons including the paucity of jobs, food and water in remote areas of Maharashtra that received sparse rainfall last year are what driving families to migrate to Bhiwandi in search of employment.

The villagers have migrated from villages like Mokhada, Palghar, Amravati, Jawhar and Nashik to Ambadi village in Bhiwandi tehsil.

The residents of the villages also allege that there is lack of job opportunities in both the private and public sectors, especially in the villages of Maharashtra.

Though the state government has made certain provisions for the adivasi population in the state through its ‘Adivasi Vikas Yojana’, villagers claim that no funds have reached in last couple of years.

“We are not expecting lots of money from the government, but atleast clean drinking water and job opportunities for us in order to survive. If not then, we only have the option of coming to city like Mumbai looking for jobs,” said Jaggan Pawar, a villager from Jawhar.

Another villager from Manmad complained about dry lakes and no water supply in their village which forced them to leave the village and migrate.

“The elected head of the village – our sarpanch eat all the money the government disburse every year. We initially tried to raise our voice mentioning about his atrocious behaviour to the local government officials. But nothing really happened which is why we decided migrate,” the villager said.