Sagar Thakkar had surrendered before the police after his arrival from Dubai last week. 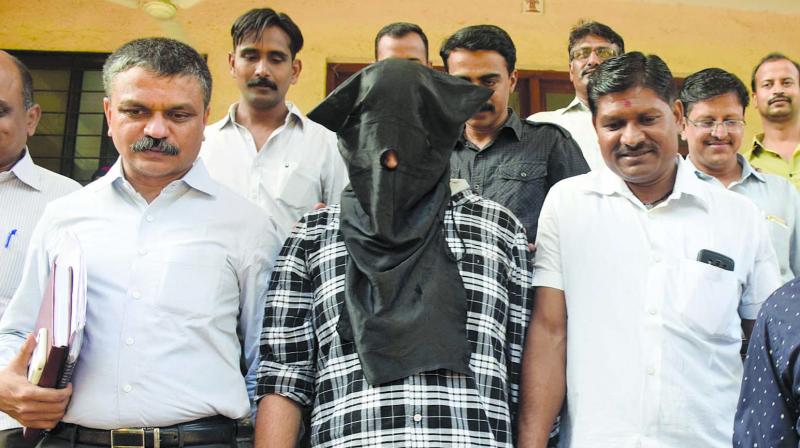 Sagar Thakkar was the mastermind behind the scam.

Mumbai: It seems like realisation of having committed a crime might just have struck Sagar Thakkar, alias Shaggy, the mastermind behind the call centre scam. However, this realisation seems to be stemming out of his fear of the rowdiness inside Thane jail premises.

“It is better to stay in police custody rather than go to jail”, said Thakkar to the investigating officer and has apparently asked the police officials to extend his custody and not send him to jail. The police, however, say that his custody has been extended not to keep him from jail, but for questioning him to establish the trail of his money from the accounts.

According to sources at Thane Crime Branch, Sagar Thakkar, who surrendered to the police after his arrival from Dubai last week, had recently extended his custody till Thursday.

Currently, he is being kept in the prison at the Crime Branch Unit 1 office wherein he is the sole inmate. The police is interrogating him to establish details about his family and bank accounts.

Speaking to The Asian Age, Mukand Hatote, the investigating officer of the case said, “While questioning, Thakkar has said that he has read about the alleged horrible things that take place at Thane jail, and is scared of going there. He has rather offered to help, than go to the jail.” Mr Hatote further added, “Till now we have questioned some 40 US citizens who were duped in the scam, and have recorded their statements. We will seek statements of more victims to make a stronger case against Thakkar.”

The Thane police had conducted raids on October 6 last year at nine call centres operating from the Mira—Bhayander stretch.

The police has arrested 70 people so far for allegedly calling US nationals, claiming to be from the Internal Revenue Services (IRS) and threatening them to make the payments. The latest arrest in the case was Sagar Thakkar, who had surrendered himself at the international airport last week.