A senior BJP leader said that candidature of Mr Muralidharan was declared at the last moment. 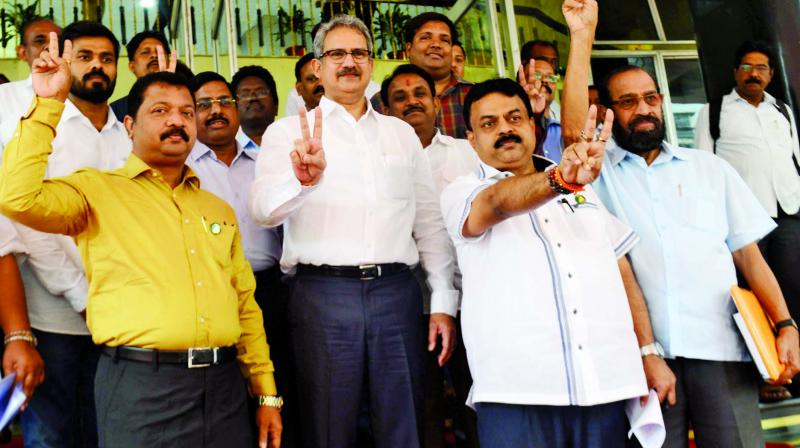 Vijaya Rahatkar submitted her letter of withdrawal on Thursday.

Initially, CM Devendra Fadnavis and other BJP leaders had said that the party was trying to win four seats with the help from Shiv Sena's additional 19 votes and few votes from small parties and independents. But the BJP's strategy failed.

A senior BJP leader said that candidature of Mr Muralidharan was declared at the last moment.

He was busy with the party work in Karnataka. He was asked to prepare necessary documents, and special arrangements were made to bring him to Mumbai.

But there was a fear that he may be late and Monday was the last day of filing nomination. Hence, Ms Rahatkar was asked to file the nomination as a precaution in case of any problem. After Murlidharan's nomination was cleared, BJP asked Rahatkar to withdraw the application.