Metro-3 project to connect T1 and T2 terminals through skywalk

The distance between both the terminals is approximately 20 minutes, but the commuters are often found to over charged by cab drivers. 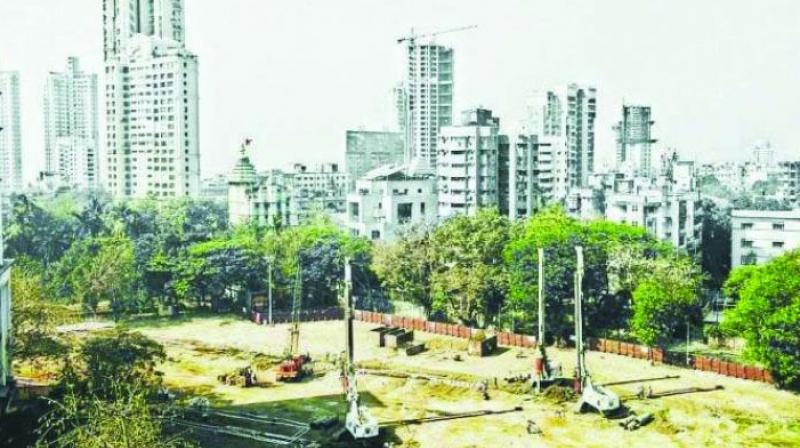 Meanwhile, flyers with heavy luggage may not be allowed to board the metro because officials suspect that this may affect the carrying capacity of metro coaches.

Mumbai: The Metro-3 (Colaba-Bandra-SEEPZ) project will connect the T1 and T2 terminals of the Chhatrapati Shivaji International Airport (CSIA) through a skywalk, sources said. This integration of the underground metro is being done in order to ensure seamless connectivity and convenience of passengers who want to travel to the airport.

The cost for the same will be shared by the MIAL (Mumbai International Airport Limited) authorities and Mumbai Metro Rail Corporation (MMRC). “ The skywalk will have elevators, travelator (a moving walkway) and lifts for the convenience of the passengers.” said a MMRC official.

According to the previous plan of MMRC, the commuters had to come back to the ground level from the underground metro, cross the road and then enter the terminal.  Last year in July, chief minister Devendra Fadnavis had directed the MMRC to integrate the airport with the metro station while inspecting the sites of 33.5 km long underground corridor.

The distance between both the terminals is approximately 20 minutes, but the commuters are often found to over charged by cab drivers. " I was charged  Rs 800 by a cab driver after I arrived at T2 terminal instead of the T1 terminal by mistake. I did not want to miss my flight, and so I had to pay him more than the normal price," said a commuter.

Meanwhile, flyers with heavy luggage may not be allowed to board the metro because officials suspect that this may affect the carrying capacity of metro coaches.