Out of all the defaulters, however, 34 have been prosecuted for not complying with fire safety norms despite being served notices. 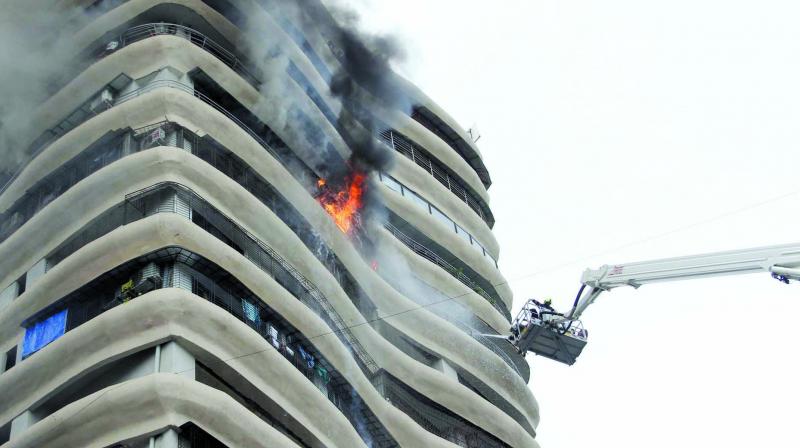 The MFB data stated that from January to November 2018, 1,047 buildings were inspected of which notices were issued to 476.

Mumbai: The Mumbai Fire Brigade’s (MGB) data has revealed that many societies in Mumbai are still not serious about fire safety compliance in their buildings. The MFB in the last four years inspected 5,658 buildings across Mumbai. Of these, 3,018 were found flouting fire safety norms and notices were served to them.

Out of all the defaulters, however, 34 have been prosecuted for not complying with fire safety norms despite being served notices.

“The buildings should take responsibility for fire safety and submit the compliance certificate on time. However, some buildings, even after being served notices, do not comply to norms,” said chief fire officer, P.S. Rahangdale.

Buildings are also required to submit Form B — the fire safety compliance certificate — to the Fire Brigade every six months, in the months of January and July, under the Maharashtra Fire Safety and Life Preventions Act 2006.

Mr Rahangdale further said, “People should also be self-equipped for fire safety and be prepared. They are required to submit fire the safety certificate of the building, which many fail to do. We cannot visit every building and hence people should also take responsibility for their safety.