5-year-old and her mom die in Airoli blaze

The fire brigade officials reached the spot after sometime and they doused the fire within a few minutes. 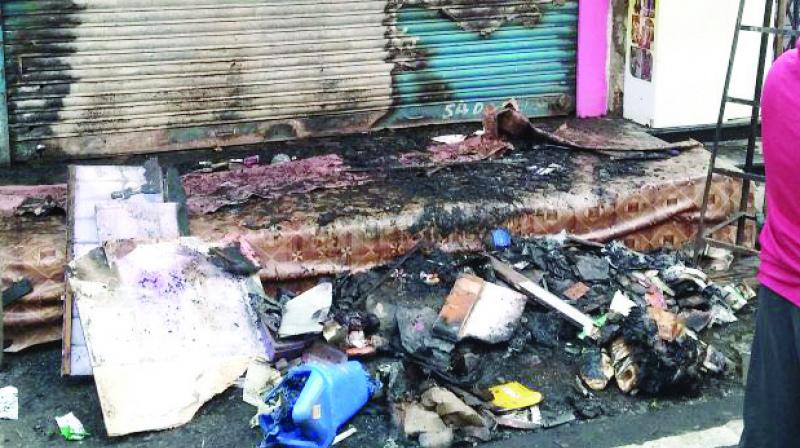 After the plastic toys caught the fire, the fire spread very fast.

Mumbai: A five-year-old girl and her mother died in a fire incident which happened in Airoli at their resident early on Thursday. The family stayed on the first floor, above their ground-floor shop that caught fire due to a short circuit.

The three men from the family immediately jumped off their flat’s window but the mother of two children could not jump down. She chose to save the life of her one-year-old infant son first, though she as well as her five –year-old daughter perished in the fire.

She threw her one-year-old son outside her window who was caught safely by local residents gathered below. The mother, Manju Chaudhary, and her five-year-old daughter, Gayatri, died due to suffocation at the flat.

A police officer said, “After having dinner on Wednesday night, Chaudhary closed the shutter of the shop and went to sleep on the first floor. Around 3.45 am the cousin woke and spotted a fire in the shop, one of his cousin brothers, who stayed with them, slept in the shop realised the fire and he called everyone. After the plastic toys caught the fire, the fire spread very fast and the shop was filled with smoke.”

The fire brigade officials reached the spot after sometime and they doused the fire within a few minutes.

They then found Gayatri and her mother Manju lying unconscious on the first floor. They were rushed to a nearby hospital. But they doctors declared them brought dead. The doctors said that they died of suffocation on the fire.