The BJP claims that Saamana is an official mouthpiece of the Sena and the party is contesting elections. 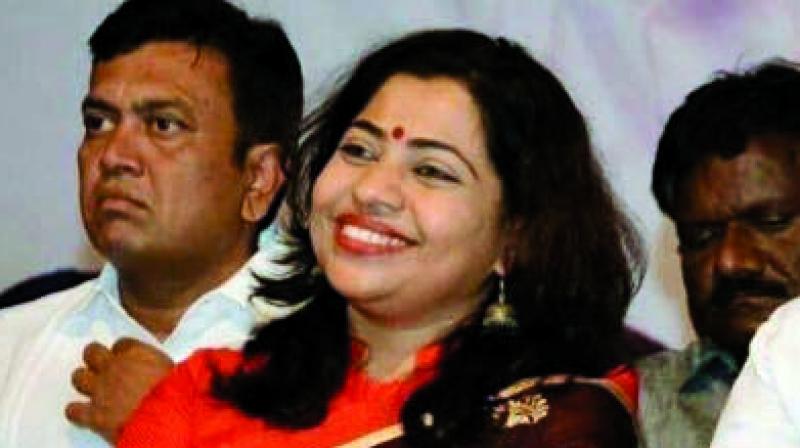 Mumbai: The Bharatiya Janata Party (BJP) has demanded a ban on Shiv Sena mouthpiece Saamana on February 16, 20 and 21 as it allegedly violates the election code of conduct, since the state will go to the polls on those dates.

The BJP claims that Saamana is an official mouthpiece of the Sena and the party is contesting elections. However, the Sena has ridiculed the BJP’s demand and questioned its affiliation with the Tarun Bharat newspaper. On Tuesday, BJP leader and education minister Vinod Tawde had refuted any such demands. “We respect freedom of the newspapers and they should also work within the framework. We have not made any complaint of banning Saamana,” he had said.

However, Shweta Shalini, spokesperson of BJP Maharashtra, who wrote the letter said, “Saamana is Shiv Sena’s mouthpiece, and look at the articles being printed in it. They are all propaganda articles that can influence voters. This is a clear violation of the code of conduct. The demand is that action be initiated and an immediate ban on the mentioned dates be imposed.”

Shiv Sena MP Anil Desai has called the BJP demand ridiculous. “Saamana is an independent newspaper. The demand is ridiculous,” he said, raising questions about Tarun Bharat, which allegedly runs on the BJP’s ideology.

In her letter, Ms Shalini has said, “The state election commission’s guidelines clearly ban political parties from printing and distributing any material or any form of campaigning that can influence voter before 48 hours of the election.

We would like to bring to your kind attention that on February 16, 2017 there is election in 15 zilla parishads and campaign in any form stops from 5 pm on February 14.”

She alleged that Sena violated the code of conduct in Aurangabad where the Saamana was distributed on February 15 although polls were scheduled the next day. “All other political parties adhere to this guidelines and stopped advertisement but by printing ‘Saamana newspaper and especially the Sambhaji Nagar, Aurangabad edition, the Sena has clearly violated the model code of conduct,” she said.

Ms Shalini has demanded ban on printing of Saamana newspaper on February 16, 20 and 21. She has also demanded action against the newspaper's editor for violating model code of conduct on February 15.