When The Asian Age visited the site, the chimney of one such unit was found emitting smoke and a foul smell. 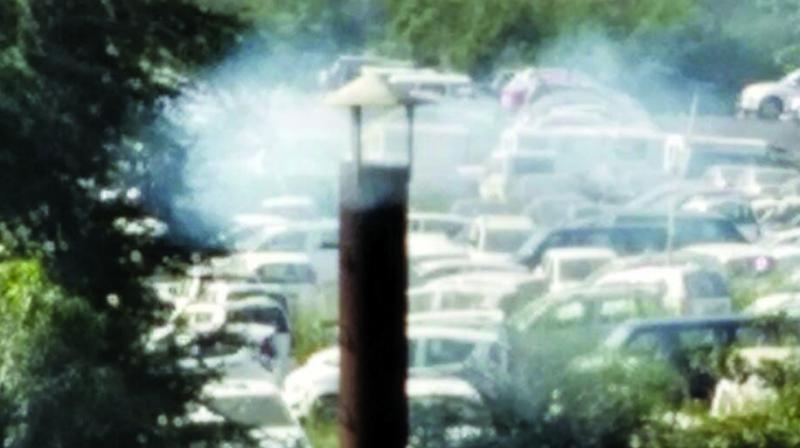 Mumbai: Residents of Sainathwadi and Powai Chowk in Mulund Colony have complained to the Brihanmumbai Municipal Corporation (BMC) against alleged hazardous emissions by unauthorised small-scale industrial units, which are creating health issues such as eye irritation and coughing. The units produce plastic bags and rubber soles.

When The Asian Age visited the site, the chimney of one such unit was found emitting smoke and a foul smell. Residents have claimed that this is an everyday occurrence for them, which compels them to keep their doors and windows shut. “It has become very difficult to open windows as smoke from the units enters our homes. Every night, there is a foul stench permeating the atmosphere. The sole factory burns used rubber soles every day and the chimney of the plastic bag manufacturing unit releases gases from time to time, causing suffocation,” said a resident requesting anonymity.

Another local said, “Some kids from the building regularly suffer from cough and we keep feeling irritation in our eyes. The units have been around for years but since the past three years, the rubber smell and smoke has increased considerably.”

NGO Watchdog Foun-dation, which received complaints from residents, maintained that the grievances had been put across to the civic body, but no action had been taken.