Nashik Court acquits one accused, to pronounce quantum of sentence on January 18. 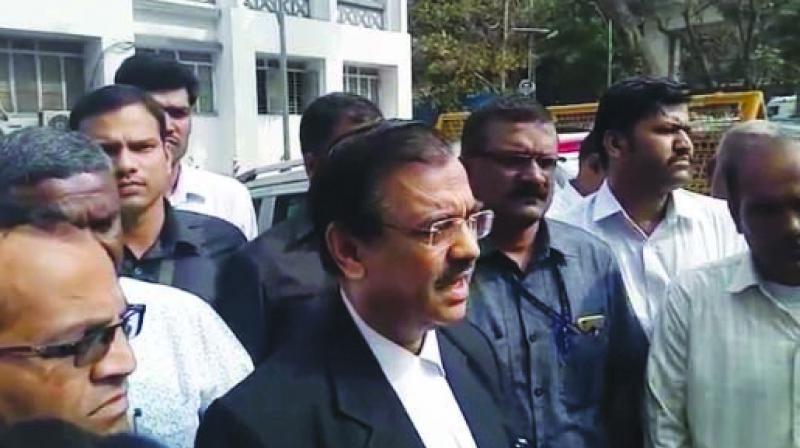 Nashik : A Nashik court on Monday convicted six persons, while acquitted another, for the cold-blooded murder of three young dalit sanitary workers in Ahmednagar’s Sonai village in 2013, which is said to be an honour killing. The court will pronounce the quantum of sentence on January 18. The six accused were convicted on various counts, including murder and criminal conspiracy. The killings, according to the police were the outcome of an inter-caste love affair between one of the deceased, Sachin Sohanlal Gharu, and a Maratha girl, Seema Darandale.

Additional sessions judge Shri Vaishnav of Nashik, while convicting the six, acquitted the seventh accused, as the prosecution could not establish charge of conspiracy against him.

Sources said that one of the deceased, Gharu, was allegedly in love with a Maratha girl who was doing her Bachelors in Education from Ghatge-Patil College at Nevasa Phata in Nevasa tehsil. The Darandale family was allegedly incensed over the affair and probably planned the brutal killing.

A person had approached to Gharu and the other two victims, Sandeep Raju Thanvar and Tilak Raju Kandare, and offered them good compensation for cleaning a septic tank at Darandale Vasti in Nevasa tehsil’s Vithalvadi area on January 1, 2013. The man then took the trio to the spot, where the murderers were waiting. Thanvar was thrown into the septic tank and drowned while Kandare, who tried to flee, was cut down with choppers. The murder of Gharu, the main target, was the most heinous, as he was hacked to death. Thanvar and Kandare’s bodies were buried in a dry well that belongs to Seema’s father, Raghunath alias Popat Darandale, while Gharu’s remains were crammed into a bore well. The prime accused included Popat, Seemas’s paternal uncle Prakash, her brother Ganesh alias Praveen, her maternal cousin Sandeep Kurhe, and relatives Ashok Navgire and Ashok Rohidas Phalke — the last of whom was acquitted. Advocate Ujjwal Nikam was the special prosecutor in the case.

Alleging that the Darandale family was well-connected, the deceased’s relatives had prayed to the Aurangabad bench of the Bombay high court to shift the hearing to another place, either Nashik or Jalgaon, instead of Ahmednagar, after which the case was conducted in Nashik.

Timeline of the case

On April 28, 2014, a dalit, Nitin Aage (17), was killed and hanged from a tree by three men of the Maratha community in a village in Ahmednagar’s Jamkhed taluka. Aage was allegedly killed by Sheshrao Yevle (42) and Sachin Golekar (21) as they had spotted him talking to the latter’s 14-year-old sister. After the trial court acquitted the accused for want of evidence, Aage’s parents approached the Bombay high court seeking a retrial, which was allowed.

A 21-year-old girl was hacked to death in Nimkheda in Buldhana district on April 3, 2017 by her father who was from the Dhangar community as she had married to a boy from the Maratha community. Though the superintendent of police had denied that it was a case of honour killing, the father’s statement said that he had killed her as she had married outside the
community.