The Rabbi said that it would be strictly private. “He might get emotional because of the memories. 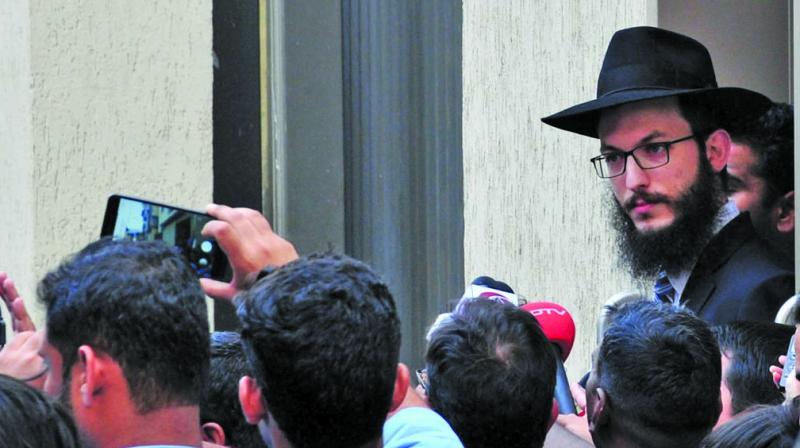 Mumbai: Along with Israeli Prime minister Benjamin Netanyahu, 11-year-old Moshe Holtzberg, also known as ‘Baby Moshe’, will be coming to Mumbai to visit Nariman House in south Mumbai where his parents were killed in the 26/11 terror attacks of 2008. The whole Nariman House is excited to welcome him but they are also apprehensive about rekindling his childhood memories.

“We are very excited for the visit of baby Moshe. He is a 11-year-old boy now. We are preparing special food, snacks and juices for the kid and hope that he would enjoy it,” said Rabbi Israel Kozolovasky, who heads the Kozolovasky.

The Rabbi said that it would be strictly private. “He might get emotional because of the memories. This is the building where his mother hugged him last. So, it is strictly a private visit. But he might wish to go to Gateway of India or other places,” he added.

Mr Kozolovasky said that the memorial which is to be inaugurated by the Israeli Prime Minister will be open to the public later. “The top three floors will be dedicated to all the victims of 26/11,” he said.

The memorial will include the apartment where the Holtzbergs lived, as well as the sites where the killings happened. The terrace will be turned into a garden where names of all the victims will be engraved. A portion of the fifth floor, destroyed by the bullets, will be kept as it is. The fourth floor will house a museum, he said, adding that the Chabad Trust plans to keep the place open to visitors from India and all over the world.