After 9 yrs, Baby Moshe who lost his parents in 26/11 Mumbai attacks, returns

Moshe will fly back to Israel with Prime Minister Benjamin Netanyahu on January 19. 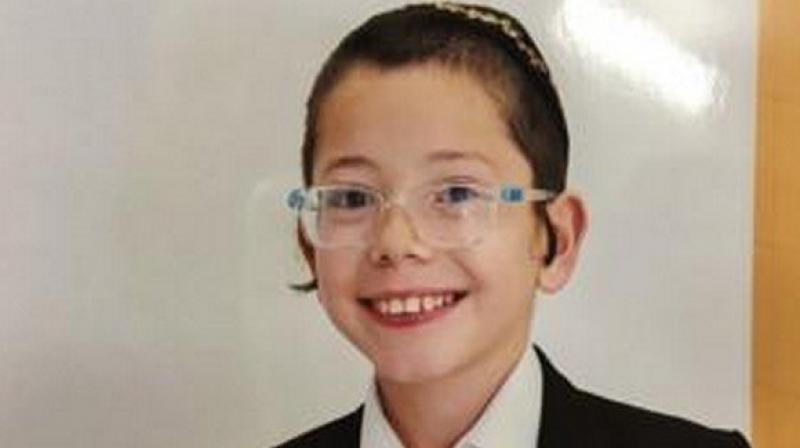 Moshe was accompanied by his grandfather Shimon Rosenberg and his wife. (Photo: ANI | Twitter)

Mumbai: Moshe Holtzberg, also known as Baby Moshe, who lost his parents in the tragic 26/11 Mumbai terror attacks, arrived in Mumbai on Tuesday after 9 years.

11-year-old Moshe Holtzberg accompanied Israeli Prime Minister Benjamin Netanyahu to India as he returned for the first time to Nariman House where his parents were killed in the attacks that left 166 people dead.

Moshe was two years old when his parents - Rabbi Gavriel Holtzberg and Rivika - were killed during the siege at the Nariman House by 10 Pakistani terrorists in November 2008.

The Jewish couple ran a cultural and outreach centre for the Chabad-Lubavitch movement at the Nariman House in South Mumbai's Colaba area.

Moshe was accompanied by his grandfather Rabbi Nachman Holtzberg and his wife.

Moshe's grandfather on arriving in Mumbai said that the city was a lot safer now.

Calling it a special day, Rabbi Holztberg Nachman, Grandfather of Moshe Holtzberg said, "This is a very special day. Thank God that Moshe could come again. Mumbai is a lot safer now."

The boy is also accompanied by Sandra Samuels, the brave Indian nanny who saved him during the terror attack.

Moshe will fly back to Israel with Prime Minister Benjamin Netanyahu on January 19.

Prime Minister Narendra Modi met Moshe and his grandparents during a visit to Israel in July 2017 and told him that he could visit India anytime.

While accepting the long-term visa which India issued to Moshe and his grandparents, had requested the Indian ambassador that the Nariman House building be registered with the land registry department as belonging to Moshe Holtzberg.