The police sources said that Hazra was a part of the same social circuit, which included Tiwari and her boyfriend Jadhav. 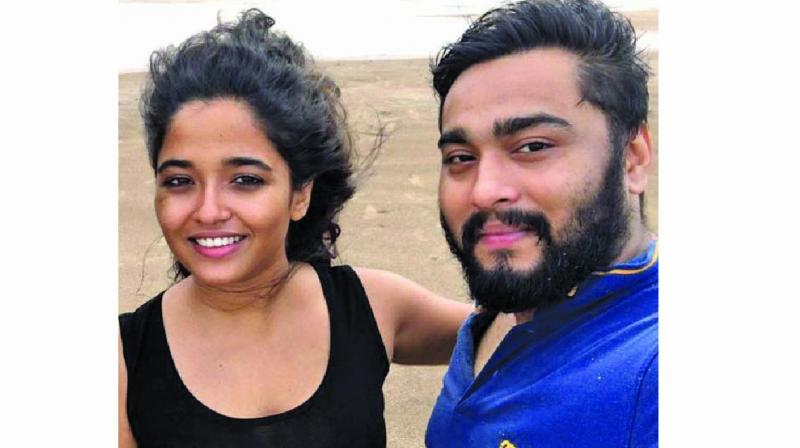 The Malad Malvani police suspects that Amit Hazra (right) could have killed Arpita Tiwari (left) as she must have rejected his overtures.

The police arrested Hazra on the basis of a Facebook chat between him and the deceased a month before her death. According to investigators, the FB chat indicated that Hazra was trying to woo Tiwari, knowing that her relationship with Jadhav was going through a rough patch.

The day the incident occurred, Hazra had ‘dared’ Tiwari to meet him at his flat after midnight. The police suspect Hazra could have killed Tiwari as she must have rejected his overtures.

Vikram Deshmane, deputy commissioner of police (Zone 11) said, “We have arrested Hazra on the basis of circumstantial evidence. The investigation is still underway.

Hazra was arrested under section 302 and 201 of the IPC that pertains to murder and causing disappearance of evidence of offence, or giving false information to screen offender respectively.”

Jadhav and Hazra have been the prime suspects in the case. Based on the FB posts, the police suspect that Hazra had romantic feelings for Tiwari. “Hazra knew that all was not well between Tiwari and Jadhav. He wanted to take a chance to woo Arpita for a romantic relationship with him. He went out with her without her boyfriend a couple of times but could not get an affirmative answer from her,” said a police officer.

The police had earlier registered an ADR, suspecting the death to be a suicide but later registered a murder case against unknown persons and had grilled Jadhav and Hazra.

The police sources said that Hazra was a part of the same social circuit, which included Tiwari and her boyfriend Jadhav.