According to MMRDA, it will encash the bank guarantee of Rs 200 crores in a bid to settle the unpaid dues, which LTSE owes to the authority. 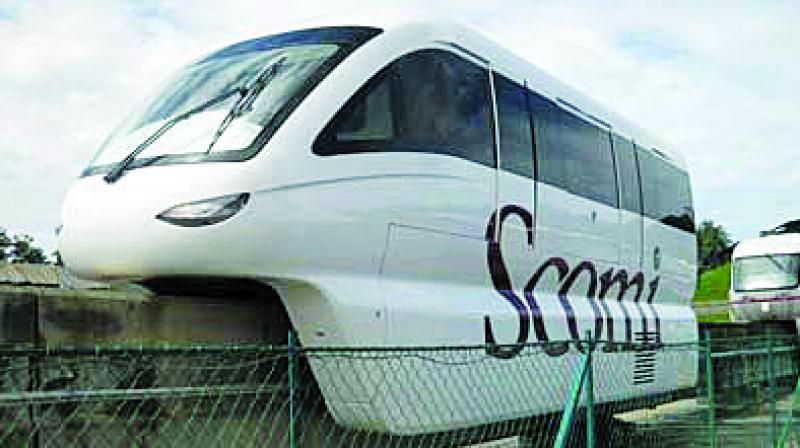 The LTSE was expected to repair the rakes a-nd start the phase 2 soon.

Mumbai: The Mumbai Metropolitan Region Development Authority (MMRDA) took over the operations of Mumbai monorail and ended contract with joint venture of L&T with Malaysian firm Scomi Engineering, on Friday. The authorities will have their own management with involvement of a third party to run the Chembur-Wadala corridor. This comes after the authority issued a notice to LTSE for incompetence.

The Asian Age was the first to report in its November 28 edition about MMRDA’S decision to sack the firm over non-performance. Following which a show-cause notice was served to the operator on December 7, instructing them to reply within seven days. However, they failed to do so, which led the authorities to take over their operations on Friday. “This was one unfortunate decision MMRDA had to take and terminate the contract that started in the year 2008 when the first 9-km long phase from Chembur-Wadala was thrown open to public,” said R.A. Rajeev, metropolitan commissioner, MMRDA.

According to MMRDA, it will encash the bank guarantee of Rs 200 crores in a bid to settle the unpaid dues, which LTSE owes to the authority. Also, around 198 Indian workers will be retained and will work under contract with MMRDA.

“We had given them enough time in the past, also increased the trip rates, but they failed to bring in more rakes for phase 2 (Wadala-Jacob Circle). We anticipated that with revised trip rates, the operator will start the corridor early, but now they have asked extension till June. This is unacceptable,” added Mr Rajeev.

Currently, the operational corridor runs with four rakes, while there are six rakes in the depot, which needs to be repaired. The LTSE was expected to repair the rakes a-nd start the phase 2 soon.

Meanwhile, the MMRDA is expecting to start the second phase by January 26.