BMC schools’ prime issue is the lack of teachers which forced existing teachers to teach more than three subjects. 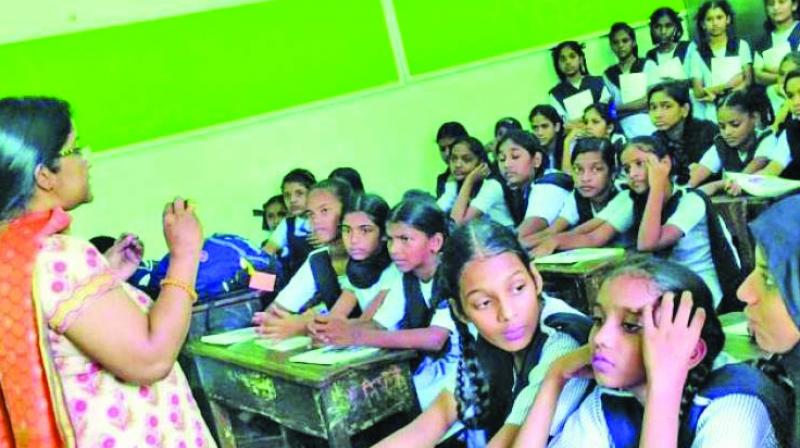 The department since last year has initiated programmes.

MUMBAI: The education department of the Brihanmumbai Municipal Corporation (BMC) feels that the need to focus on teachers comes before digitalisation and infrastructure. With this in mind, the department has partnered with three NGOs to provide training to teachers on various aspects such as English-speaking, subject-learning, effective-teaching and being techno-savvy. Department officials claim that there has been a 70 per cent improvement in students since the new inclusions in civic schools.

Mahesh Palkar, education officer claimed, “Since the partnerships and new programmes have been introduced for students in the schools, a whopping 70 per cent improvement has been recorded.”

The department since last year has initiated programmes such as Mathematics, Science and the English Olympiad, remedial teaching, internet-based learning, Mumbai-public schools (fully English medium), digital classrooms, virtual learning, public-private partnership (PPP), recruiting teachers from private NGOs, conducting workshops to create awareness, etc. Though most of the programmes have been on a pilot basis, according to officials, the success of these programmes has led to their continuation on a full-fledged basis.

“Digitalisation and infrastructure are also important but what matters is what happens inside the classrooms, with the students. While focusing on the outside, we don’t want to forget the crucial part of education - teaching. The civic body will continue to do its work in terms of both infrastructure and digitalisation while we focus on how to give the best academics to our students with the teachers getting expert-level training on how to give the students the best of the best education,” said Mr Palkar.

BMC schools’ prime issue is the lack of teachers which forced existing teachers to teach more than three subjects. However, with several NGOs taking up the teaching responsibility, this problem has been solved.