PM did not break code of conduct: Election Commission

The Congress feared that PM Modi might influence the election. 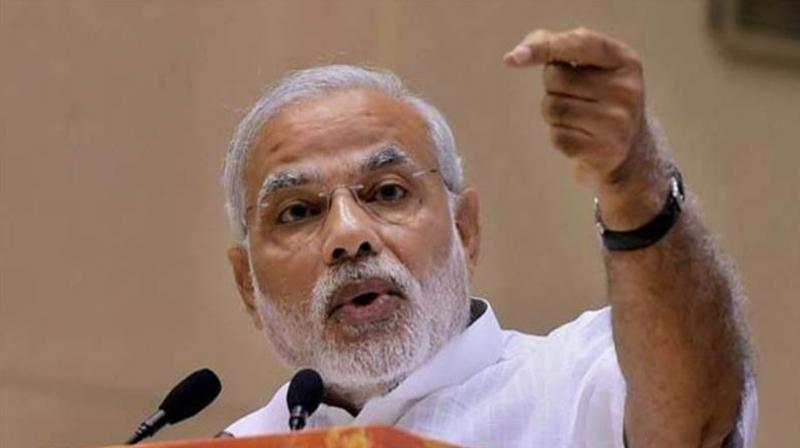 Mumbai: The Election Commission (EC) on Thursday stated that the commissioning of the submarine INS Kalvari in Mumbai was as per the EC’s guidelines and moral code of conduct, which is in force due to the Himachal Pradesh and Gujarat elections.

Responding to a question by reporters on allegations by the Congress that INS Kalavari's induction ceremony in the presence of Prime Minister Narendra Modi would violate the model code, senior deputy Election Commissioner, Umesh Sinha said, the event dis  not come under the model code jurisdiction.

The Congress’s media-in charge Randeep Surjewala had met election commissioners late night on Wednesday and raised objection about Prime Minister Modi’s visit. The Congress feared that PM Modi might influence the election. The PMO had agreed to the programme at the last moment.