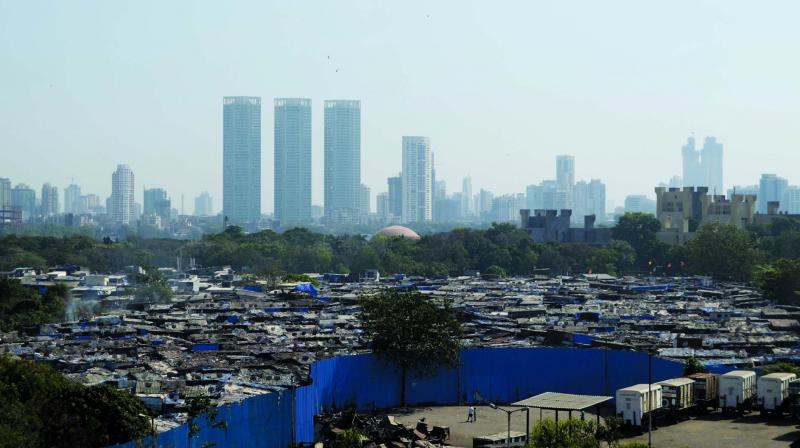 The Cabinet had recently approved the move to bring the amendment.

Mumbai: Chief minister Devendra Fadnavis is in a dilemma over whether to go ahead with an amendment to the Slum Rehabilitation Authority (SRA) Act, which will shift the current cut-off of 2000 to 2011 for rehabilitating illegal slum dwellers under the slum redevelopment policy and provide homes under the ‘Prime Minister Housing For All’ scheme. The Cabinet had recently approved the move to bring the amendment during the ongoing session of the Legislature.  The legal department has, however, raised serious objections and opposed the amendment, considering a high court order, sources told The Asian Age. The high court had earlier rejected the government’s plea to increase the cut-off date, and the court may pull the government up for contempt.

As per the SRA Act, the cut-off date for rehabilitation is 1995 and the high court refused to grant permission to increase it up to January 1, 2001. Now, the chief minister wants to give homes to ineligible hutment dwellers, who have been living in the slums since before January 1, 2011. The law department has expressed its concern over this proposal, which was mooted by the housing department, and opposed it looking at the ratio decidendi (the rationale for the decision) of the high court order. However, in spite of the law department’s misgivings, the Cabinet has approved the proposal and the bill will be introduced.

Mr Fadnavis is looking at the 2019 elections and Mumbai BJP President Ashish Shelar welcomed the decision. This will benefit BJP in Mumbai and the Mumbai Metropolitan Region (MMR), which is the vote bank of Congress, Shiv Sena and other parties. The government has taken this major decision in the absence any scientific study, consultation and legal basis.  If court grants a stay or pulls up the government for contempt, the latter might be left red-faced.

The move could also affect redevelopment schemes. If slums built till 2011 are allowed to be rehabilitated, it will add 35 to 40 lakh new houses because of 4 FSI as per policy.

The BMC has approved the Development Plan (DP) of the city and send it to the government for approval. Open spaces and other infrastructure provisions has been made as per today’s legal provisions. If the government is amending the law  and allowing huge constructions in the city, then it needs to provide additional infrastructure also considering increase in population, sources from the housing department said.