500 jeans units to be powerless

Workers’ association claims jobs of 70,000 persons are at stake. 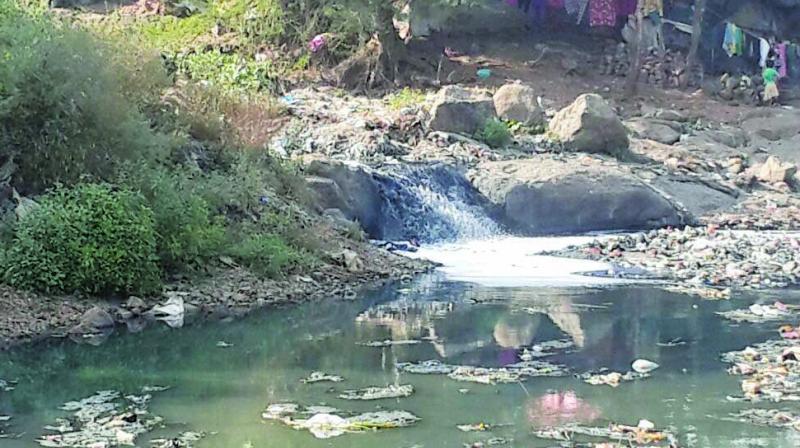 These units are accused of polluting the river with their discharge.

Mumbai: In a bid to tackle the chemical pollution in the Ulhas river, the Maharashtra Pollution Control Board (MPCB) has directed the Maharashtra State Electricity Distribution Cooperation Limited (MSEDCL) to cut off the power supply to around 500 illegal jeans-washing units. These units are accused of polluting the river with their discharge. In Thursday’s Supreme Court  hearing, the MPCB stated that the power supply to 329 units has been stopped. Last month, while hearing the petition filed by NGO Vanashakti on the Ulhas river pollution, the SC had directed the state and MPCB to shut down the illegal units that were polluting the river.

In their affidavit, the MPCB had earlier stated that the untreated chemicals from illegal jeans washing units and other industrial units as well as the untreated sewage from Khemani nullah had been polluting the Ulhas river. The SC had also directed the state chief secretary to cut off power and water supply to the units if necessary.

However, Vanashakti claimed that despite the power cut, the jeans washing units were operating overnight. Instead of cutting off power supply to the junction box, only the fuse from the electricity board had been removed, it added in court. “The units fixed the fuse in the night and the work was carried on throughout the night,” said Zaman Ali, advocate for Vanashakti.

The Jeans Washing Association asserts that such a harsh step would render around 70,000 workers unemployed. “We have talked with the MLA about our grievances and we urged that a temporary effluent treatment plant could be arranged. We have been working here since last 20 years,” said a jeans washing unit worker, requesting anonymity. Around 1500 wholesale and retail shops are doing business with these units.

The Ulhas River originates in a valley north of the Rajmachi hills and drains through the northern slope of the Sahyadri range of the Western Ghats in the Raigad district.
The water of this river is used to supply drinking water in Badlapur, Navi Mumbai and Kalyan-Dombivali.
According to the MPCB, the untreated chemicals industrial units and untreated sewage from Khemani nullah have been polluting the river.
Lab tests of samples collected by citizens from the river near industrial units revealed pH levels 5 and 1 (highly acidic), which should be ideally recorded between 5.5 and 9.