With the imposition of President’s rule in Maharashtra, the governor is the only figure of authority who can take effective decisions. 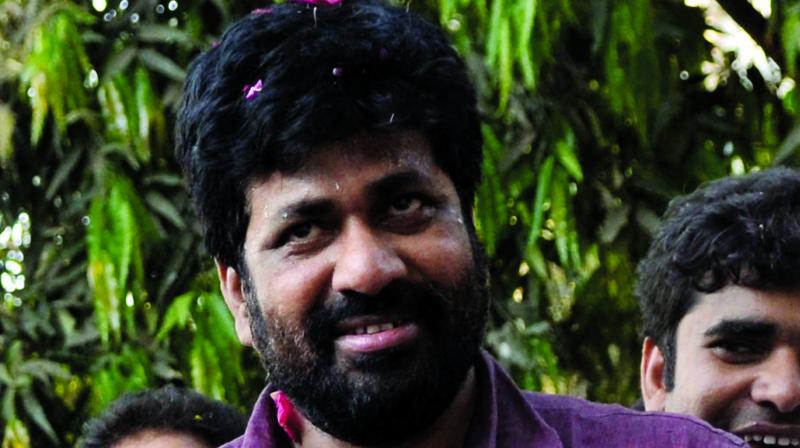 Mumbai: Maharashtra MLA Bacchu Kadu was detained by the police Thursday after he led a protest march towards Raj Bhavan over farmers’ demands.

Along with him, hundreds of workers belonging to the Prahar Janshakti Party (PJP) were also detained by the police at Nariman Point, while protesting over their demand to declare Maharashtra as drought-hit.

Mr Kadu said that they wanted Maharashtra governor Bhagat Singh Koshyari to declare drought in the state and proclaim financial assistance and a loan waiver for farmers.

“Untimely rains have damaged crops on over 70 lakh hectares of land. Leaders of political parties are approaching farmers only for a photo-session like tourists. They forget the farmers as soon as they return to Mumbai,” he told the media.

Large number of farmers have also committed suicide in Maharashtra over the past few years.

With the imposition of President’s rule in Maharashtra, the governor is the only figure of authority who can take effective decisions.

PJP chief Mr Kadu, who won last month’s state polls from Achalpur in Amravati district, has already declared his support to the Shiv Sena for forming the government.

Mr Kadu, who claims to be inspired by Sena founder Balasaheb Thackeray, has been winning consecutively from Achalpur Vidhan Sabha constituency since 2004, when he defeated the then guardian minister of Amravati district in Vibarbha.

Meanwhile, farmers from across Maharashtra will launch an agitation if they are not provided immediate relief and assistance for crop damage due to unseasonal rains, the Akhil Bharatiya Kisan Sabha said on Thursday.

The pro-farmer outfit's Maharashtra secretary Ajit Navale demanded that a "wet drought" be declared in the state, which is under President's rule since Tuesday after no party could form government.

“The Kisan Sabha will stage protests outside the offices of all tehsildars (revenue officers) during the week and if there is a delay in providing relief, farmers will start a statewide agitation," Ajit Navale said. Mr Navale, however, did not specify any date for protest.