The court said it would consider granting interim relief by way of protection from arrest to Navlakha on Friday. 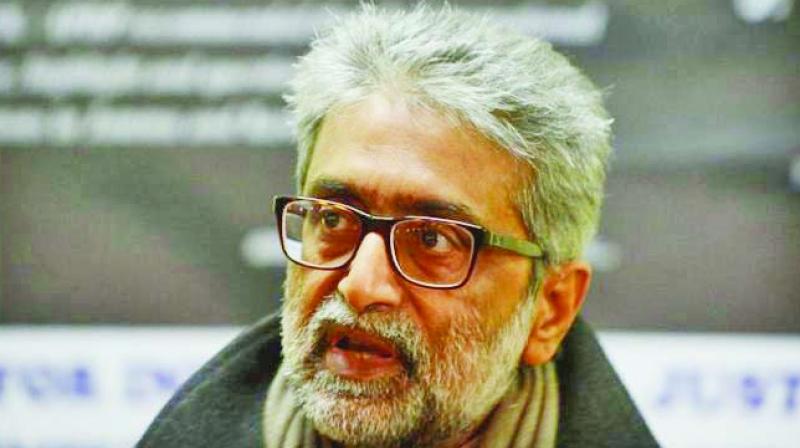 The court said it would consider granting interim relief by way of protection from arrest to Navlakha on Friday.

Navlakha’s counsel, Yug Choudhary, argued before the court, “He (Navlakha) was not arrested since a year and till today, he did not try to wipe out evidence against him. So, no harm would be caused to the probe if his protection is extended.”

Advocate Choudhary requested that Navlakha be protected till his bail plea was heard by the court. He brought to the notice of the court that professor Anand Teltumbde, who, too, is an accused in the same case, also filed an ABA in the high court and was given protection from arrest. Both his and Navlakha’s cases are the same.

However, additional public prosecutor Aruna Pai vehemently opposed the arguments and said that the relief granted to prof. Teltumbde was extended by the Pune court. “However, in Navlakha’s case, the sessions court refused to extend the relief granted to him,” she said. “The session’s court, while rejecting Navlakha's plea, took note of various documents submitted by the prosecution to show that he was an active member of the banned CPI (Maoist) group,” she said. Justice Naik posted Navlakha’s plea Friday.

In September this year, a division bench of the high court refused to quash the case following which, Navlakha approached the Supreme Court.

The apex court, while extending the interim protection till November 12, directed Navlakha to approach the concerned sessions court in Pune seeking pre-arrest bail.

On November 12, the Pune sessions court rejected Navlakha's anticipatory bail plea and also refused to extend the protection granted to him by the apex court.

Navlakha then approached the high court on November 13.