The popularity of the science stream and related courses has reduced following students’ fear of unemployment in the future. 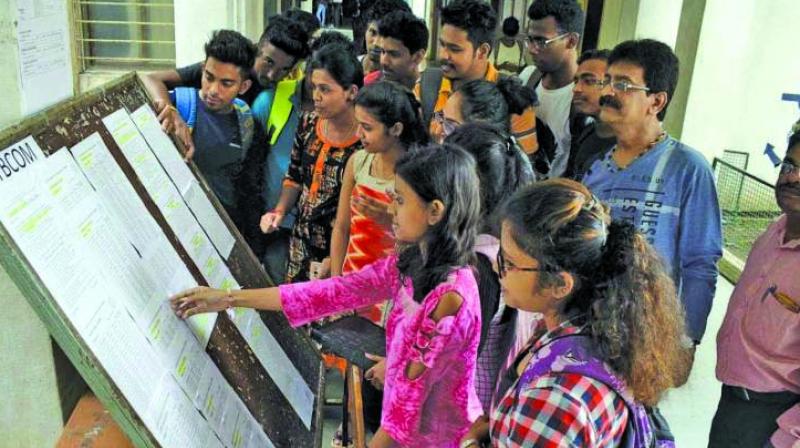 According to officials, four to five years ago, science had the most number of students followed by commerce and arts.

Mumbai: For the academic year 2018-19, students from both junior and degree colleges are choosing the arts and commerce streams over science. According to the state education department, the popularity of the science stream and related courses has reduced following the fear of “unemployment” in future by students.

During the recent first year junior college admissions, the number of students opting for science was lesser than that last year. According to officials, four to five years ago, science had the most number of students followed by commerce and arts. A senior official said, “Students nowadays have a fear attached to their future when thinking about science as a stream. This stream is mostly chosen when the student wants to go into the field of medicine or engineering. However, those who want neither of these fields think of commerce or arts as a better option.”

“Given the media reports, students think that job-wise, it is difficult in such fields so as a precaution, they choose financial, media and creative sectors,” he said.

Meanwhile, students these days are interested in not-so-popular courses such as mass media, communication, performing arts, psychology, social work etc. “Everyone in my family, from my parents to my two elder brothers are in the field of medicine. At first, it seemed like I would follow the same path but after my career counseling, I knew it was history or nothing. Hence, I took arts in my junior college and now, I’m doing my Bachelors of Arts Honours in ancient history. It’s all about where you think you can fit in the best,” Ranjesh Sakaria said.

Another student, Arjuna Shetty, who quit his engineering to pursue cartography from Delhi university, said, “I was in a south Mumbai college pursuing a diploma in automobile engineering because of peer pressure. However, soon after I realised my other skills, I decided to call it off. Now, when my younger brother’s friends ask me for advice, all I ask them to do is what they really like and not what their parents and society asks them to do.”