MMRDA to lease out monorail stn, coaches for advt

The authority is also charting out plans to develop the monorail depot to generate revenue by leasing out spaces for residential or commercial use. 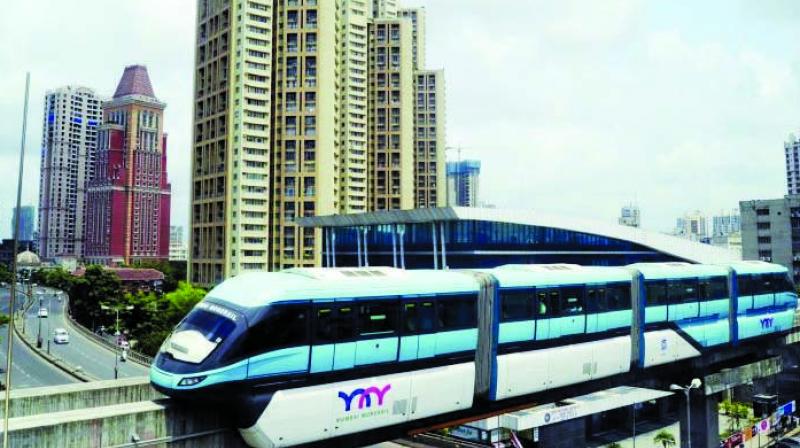 Phase 2 stations will be targeted for advertisments.

Mumbai: In a bid to boost revenue from the limping monorail service, the Mumbai Metropolitan Region Development Authority (MMRDA) has decided to lease out station spaces of the monorail and the inside of coaches for advertising the metro 1 (Versova-Ghatkopar) corridor. Officials believe that more revenue can be generated from the stations of the second phase (Wadala to Jacob Circle) of the monorail such as Dadar and Lower Parel.

“We will soon release a tender to invite bids for making monorail stations available for advertisements and let them come up with an idea. The phase 2 stations will be targeted for the same,” said Sanjay Khandare, additional metropolitan commissioner, MMRDA.

“Two telecom providers have come forward to utilise the monorail piers for their activities. These two companies will have the piers leased out on a 50:50 share,” he added. The telecom operators can use the space for installing telecom equipment for providing shared cellular coverage. Last year, the MMRDA had chalked out plans to lease out the pillars for hoardings and advertisements but due to tepid response, the plan was scrapped.

The monorail phase 1 (Chembur-Wadala) was thrown open to the public in August, nearly a year after it had been shut due to a major fire incident. According to officials, the number of passengers has decreased from 19,000 per day to approximately 10,000 per day. Phase 2 of Monorail has been delayed due to a financial crunch faced by the operator in getting additional rakes. It is expected to start by next year, confirmed MMRDA.

The authority is also charting out plans to develop the monorail depot to generate revenue by leasing out spaces for residential or commercial use. Consultants have been appointed for the same recently.