According to a Navi Mumbai police officer, the accused tried to break 70 lockers but ended up opening 30. 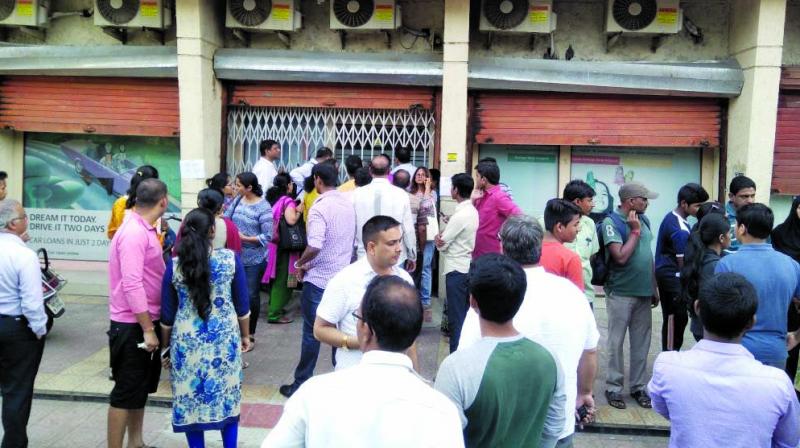 The police said the burglars were well-informed.

Mumbai: The police is probing the role of persons, who assisted the thieves by allegedly providing details about the dimensions and location of the locker room in the bank to them. The burglars knew where exactly the tunnel should be drilled and that there were no CCTVs in the locker room and the type of tools to be used to break the locks.

The police has questioned the owner of the office for not concluding the rental agreement as per procedures, as a result of which no police verification was done, and the photograph of the accused was not affixed to the agreement. The accused had been chosen with care as only lean thieves participated in the heist so they could make their way through the narrow tunnel.

According to a Navi Mumbai police officer, the accused tried to break 70 lockers but ended up opening 30. The locker service provider said, “There were two locks, one which is outside, and customers have the keys. The main lock is strong so to break it, a person needs to work on it for at least 20 minutes.”

An investigation officer said, “The accused had chalked out a detailed plan. They had dug a tunnel in advance, almost in a day. They had created a hole to break into the locker room and tried to break every locker.”

“There is a mastermind in the case, and other who looted the lockers are his companions. During the investigation, it has been found that the four people who ran the food shop were very thin in physicality and they could have easily gone through the small tunnel. Bank officials said none of four people have an account in the bank,” said the officer.

Deputy commissioner of police (Crime) Tushar Doshi said, “We have identified some of the accused and sent teams to nab them. Looking at their modus operandi, it is suspected that the members of the gang are from Jharkhand.”