The MMRDA is expecting the second phase by March 2019 but the shortage of rakes still stands in the way. 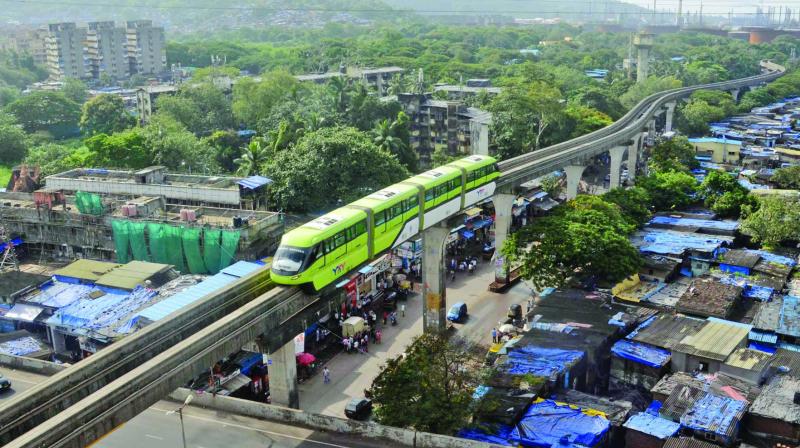 The MMRDA is expecting the second phase by March 2019 but the shortage of rakes still stands in the way.

Mumbai: The state government has given a conditional nod to phase 2 of the monorail (Wadala to Jacob Circle) after rejecting the proposal earlier in June. The urban development department had asked that certain safety measures be complied with. Phase 2 will be operational in 2019 but the authority is yet to procure the additional rakes necessary for running both phases.

“We had submitted another report to the state government. They have granted a conditional nod for commissioning the second phase of the monorail. All permissions have been sorted from the state’s side,” said a senior official from the Metropolitan Region Development Authority (MMRDA).

The Asian Age had reported in its June 13 edition about the proposal to start the corridor being returned to the MMRDA by the urban development department.

Initially, the UDD had sought compliance with the recommendation of the Commissioner of Railway Safety in the wake of the fire that gutted two monorail coaches last year. In addition to this, the department had also sought a clarification on the state legislature’s Public Accounts Comm-ittee (PAC) report which slammed the authority for poor planning and misjudging the feasibility of the monorail corridor.

The MMRDA is expecting the second phase by March 2019 but the shortage of rakes still stands in the way. “The rakes are yet to be purchased. There are not enough rakes to begin both phases now,” said the official. In April this year, the authority had decided to directly purchase the rakes instead of getting them through contractors in a bid to get the corridor started quickly.