While there is no clarity over the motive, the Gamdevi police has registered a case. 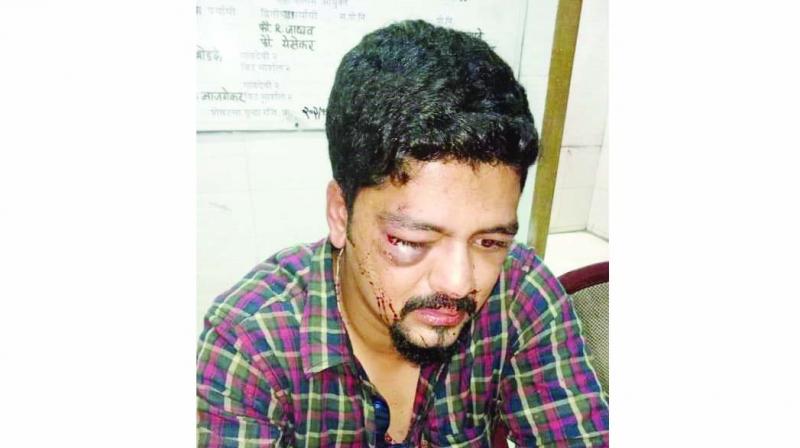 Mumbai: A gang of around six persons attacked the journalist of a news channel over unknown reasons near his Gamdevi residence soon after he alighted from a taxi in the early hours of Sunday.

The pre-planned attack targeted Herman Gomes after he returned from Bandra, and the accused assaulted him on his face with knuckle-dusters. While there is no clarity over the motive, the Gamdevi police has registered a case.

The incident took place around 1.30 am on August Kranti Marg, when Gomes was walking towards his home. The accused persons were waiting and after spotting Gomes and his friend, they launched an attack on him and fled from the spot.

“Soon after the attack, when I reached the police station in blood-soaked clothes and limbs to report the incident, one of the officers asked me for evidence instead of acting swiftly and taking cognisance of it. It was shocking to witness this,” said Gomes. He said he was clueless as to the motive behind the attack.

“Me and my friend sustained injuries and they even took away my friend’s phone. I’ve got six stitches under my eye. Four of the assailants were behind me and all of them were youngsters. They wanted to damage my eye and hence, continued to assault me there,” Gomes.

The police meanwhile has stated that it is looking for the accused based on the description given by the journalist. “We are scanning the CCTV camera footage and are also using other means to identify the attackers. The motive is unclear as of now,” said Dnyneshwar Chavan, deputy commissioner of police.

The state government has also intervened after criticism about the police’s lackadaisical attitude. The chief minister’s office said, “Senior police officers have been asked to look into both cases.”