This will ensure that people get the benefit of acupressure treatment while walking in parks, a corporator said. 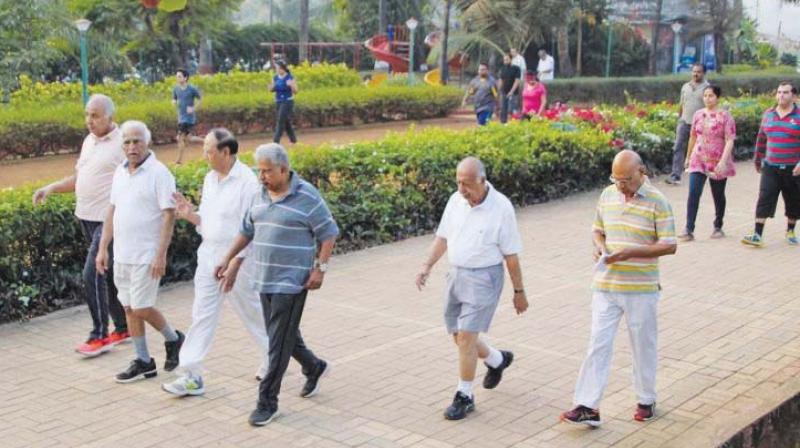 A Sena corporator said that fibre or plastic sheets made with magnets should be placed on walkways in municipal parks.

Mumbai: The magnetic sheets of acupuncture technology could be laid on jogging tracks in municipal parks if the Brihanmumbai Municipal Corporation (BMC) decides to implement a corporator’s demand. This will ensure that people get the benefit of acupressure treatment while walking in parks, a corporator said.

In a notice of motion tabled in the civic general body meeting, Shiv Sena corporator Samruddhi Kate has demanded that jogging tracks in the city be laid with magnetic sheets of acupressure technology so that people get the benefit of the treatment while walking in the parks.

“In a fast-paced daily life of Mumbaikars, it is very difficult to keep your mental and physical conditions healthy and balanced. Things like irregular food timings, high consumption of junk food, insufficient sleep, lack of exercise are taking a heavy toll on one’s health. Due to this, diseases like high blood pressure, diabetes, heart ailments, cholesterol, thyroid, which were earlier seen in old age, are now found commonly in the younger generation,” said Ms Kate in her proposal.

“In countries like China and Japan, acupressure treatment is used instead of other medicines to cure pain and diseases. Keeping this in mind, square or rectangle shaped pointed fibre or plastic sheets made with magnets should be placed on walkways in municipal parks and jogging parks. The pressure created by these points on the sole of feet causes acupressure reaction, which helps the blood circulation,” she added.

“The notice of motion would be tabled before the civic house and if approved would be sent to concerned authorities for further action,” said a civic official.