Bus operators to strike from September 19

Protest is in response to 17-hour-ban on plying of buses in south Mumbai. 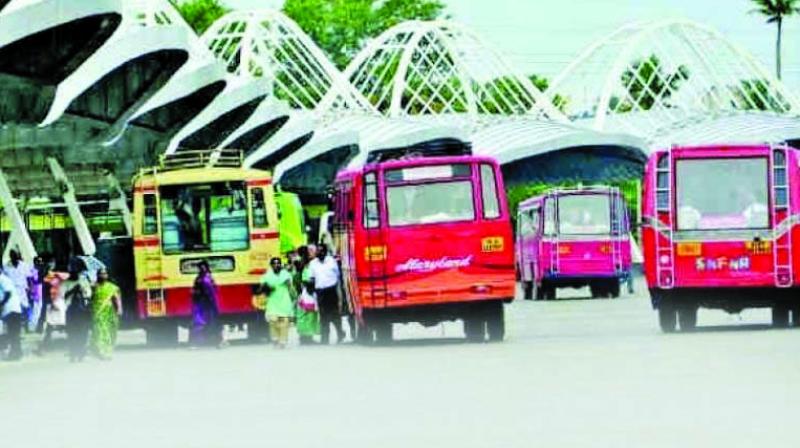 Mumbai: To protest against the 17-hour-a-day ban on the entry of buses in south Mumbai by the Mumbai traffic police that starts on Wednesday, bus operators across the city have declared an indefinite strike, which will begin on Tuesday. According to the traffic police, the reason behind this move is to decongest south Mumbai as these vehicles, parked by the road limit the space available for Sobo vehicles to move about.

Although the affected area will largely be SoBo, the ban of entry and exit of these heavy duty vehicles will also hit the Mumbai Metropolitan Region. The order by the Mumbai traffic police bans the entry and exit of of buses in greater Mumbai between 7 am and 11 am in the morning and then 5 pm to 10 pm in the evening. In south Mumbai, the ban is the most stringest with the private buses being allowed to ply only between 12 am and 7 am at night.

Around 33,000 private buses ferry Mumbaikars in and out of the city, every day said bus operators.

Malik Patel, secretary, Mumbai Bus Association said the bus operators are suffering the consequences of the failure on the part of authorities to provide adequate infrastructure to park the vehicles. He said, “The point is this is their failure, not ours. It is their lack of vision, not ours.”

Prasanna Patwardhan, managing director, Prasanna Group, the largest diversified transport group based out of Pune, too has pleged his support for the strike. “The rule that has been passed is ridiculous.”

The world is moving ahead in leaps and bounds and this rule seems to be way behind the times. We are a part of the strike and have given it our 100 per cent support.”

Mr Patwardhan also said that most provate bus operators park the buses near P D’Mello Road as that’s the closest spot to cater to the SoBo passengers. Some buses are also parked at Crawford Market due to heavy demand.