As many as 45 govindas were injured in Mumbai till five in the evening, according to the civic officials. 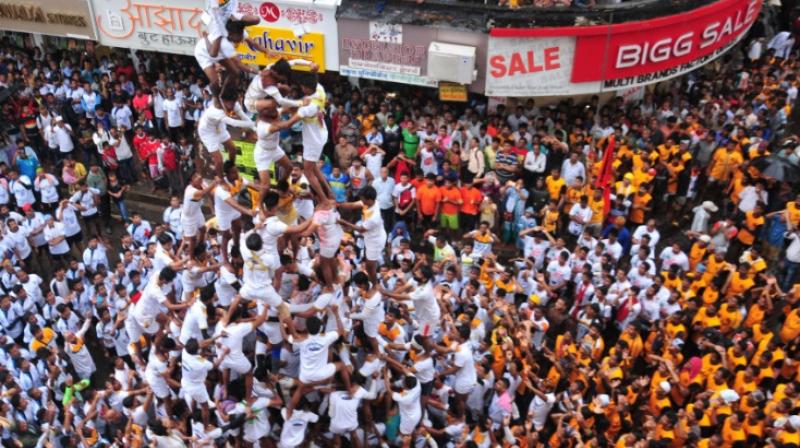 Mumbai: At least 45 persons were injured while forming human pyramids during Dahi Handi celebrations on the occasion of Janamashtmi in the city on Tuesday.

Across Maharashtra, 'Govinda' troupes compete to form multi-tier pyramids and break pitchers of curd and buttermilk tied high above the ground on this day.

As many as 45 govindas were injured in Mumbai till five in the evening, according to the civic officials.

One of them was seriously injured and admitted to a hospital, while others were discharged after administering first aid, officials added.

Hundreds of Govindas were seen moving around in trucks and tempos, travelling from one 'Handi' venue to another.

Last week, the state government had assured the Bombay High Court during the hearing on a PIL that it would ensure that children below 14 years of age would not participate in formation of Dahi Handi pyramids.