Hefty penalty is for discipline: BMC

The BMC also stated that vehicles are private property and roads are public property and ushering mobility on roads is its duty. 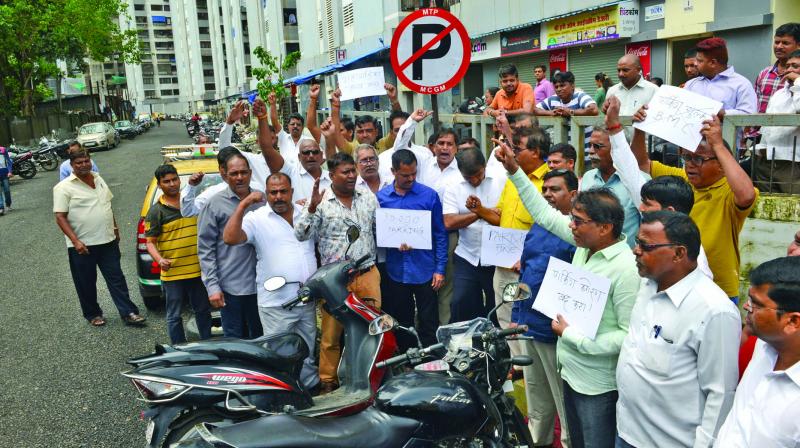 File photo of the protest carried out last week.

Mumbai: In the wake of protests against new ‘no parking’ policy last week, the Brihanmumbai Municipal Corporation (BMC) on Saturday clarified that it was imposing hefty penalties to inculcate road discipline and not to generate revenue. The BMC also stated that vehicles are private property and roads are public property and ushering mobility on roads is its duty

On July 7, the BMC implemented the new rules that prescribe penalties ranging from Rs 5,000 to Rs 15,000 for unauthorised parking. For now, action is being taken against the parking of vehicles within 500 metres of 29 public parking lots (PPL). In first two days since the rule was implemented, the BMC collected Rs 8.69 lakh in fines.

On Tuesday, residents of Lower Parel where most PPLs are located, took to the streets, claiming they do not have parking space in localities where they have been residing for decades.

Meanwhile, the NCP termed the new rule illegal and arbitrary. NCP city president Sachin Ahir, who led a protest, said, “Builders, with the help of BMC officials, ha-ve usurped parking areas of new or redeveloped buildings, leaving no parking space for the middle classes and poor who live in tenements or small flats. Don’t the less affluent have the right to use two-wheelers or small vehicles for personal or official use?”

A housing society in South Mumbai, Chandralok B moved the Bombay high court, terming the BMC’s decision unconstitutional and said its move was “an exercise of power to hold citizens to ransom and forever keep them in terror only to enhance its revenue.”