‘Highest tide’ expected to sweep over Mumbai on Sunday

The Brihanmumbai Municipal Corporation (BMC) has appealed citizens not to venture into the sea water, considering the threats posed by peak tide. 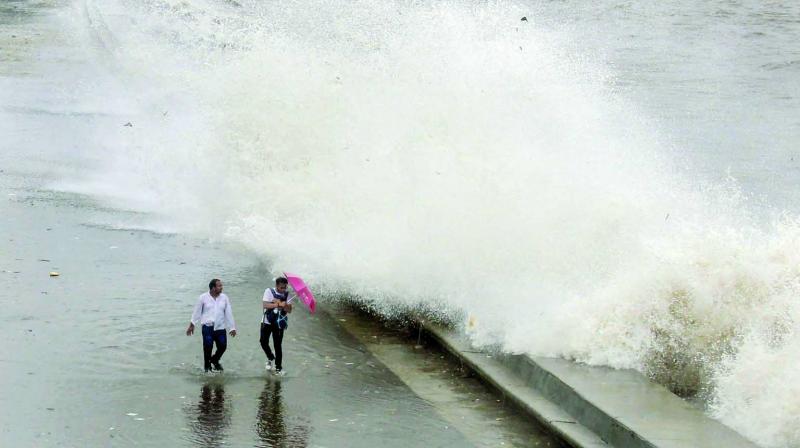 Mumbai: Mumbaikars will have to be extra cautious if they plan on enjoying their Sunday on beaches. Along with heavy rains, predicted by the Indian Meteorological Department (IMD), they will also have to face highest tide of the season.

According to civic officials, the highest tide will be on July 15 as the waves are expected to reach the height of 4.97 metres at 1.49 pm. Waves above 4.5 metres are considered as high tide. High tides coupled with high rainfall are a cause of concern as they result in water logging in the low-lying areas in the city.

The Brihanmumbai Municipal Corporation (BMC) has appealed citizens not to venture into the sea water, considering the threats posed by peak tide.

The BMC has also asked its officials and employees to be on their toes on Sunday.

During the high tide, the water inlets will be closed to prevent entry of sea water into the city.

In 2009, the city had seen the highest tides of last 100 years, as tides of height of more than five metres had ravaged the city shores on July 23 and 24.