BMC to hike water charges by 5 per cent

The sewerage rates are also charged at 70 per cent on total water charges. 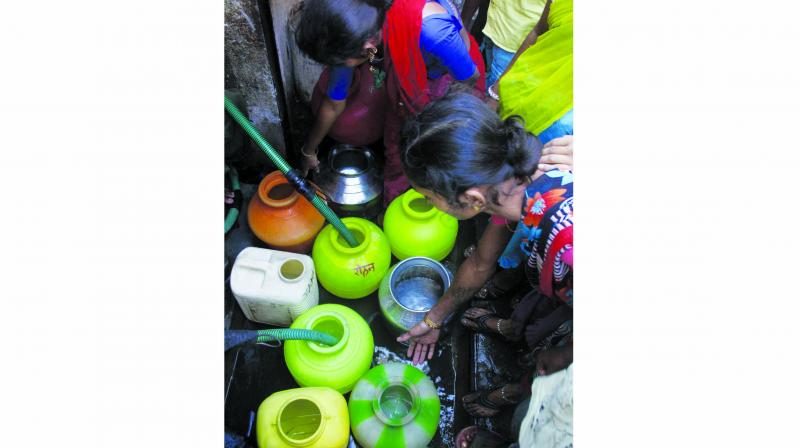 Earlier the rise was 60 percent, but in April 2015 the civic body decided to increase it by 10 percent more.

Mumbai: Now get ready to pay more for water as the Brihanmumbai Municipal Corporation (BMC) has proposed a 5.39 percent increase in water supply and sewerage charges for the year 2017-18.

As per the present tariff, rates applicable to domestic users such as slum-dwellers are Rs 3.49 per 1000 litres, while that of housing societies and buildings are Rs 4.66 per 1000 litres. The rates will now be increased to Rs 3.68 and Rs 3.87 respectively.

According to civic officials, the water charges have been hiked due to increase in establishment cost, administrative cost and energy charges during the last year. The rise is likely to raise revenues of Rs 54.44 crore in the year 2017-18.

To raise money for new water projects, former commissioner Subodh Kumar, in the year 2012-13, had proposed to hike the water tariff every year by eight per cent for a period of four years. Accordingly, the hike is implemented from June 16 every year.

The sewerage rates are also charged at 70 per cent on total water charges. Earlier the rise was 60 percent, but in April 2015 the civic body decided to increase it by 10 percent more. 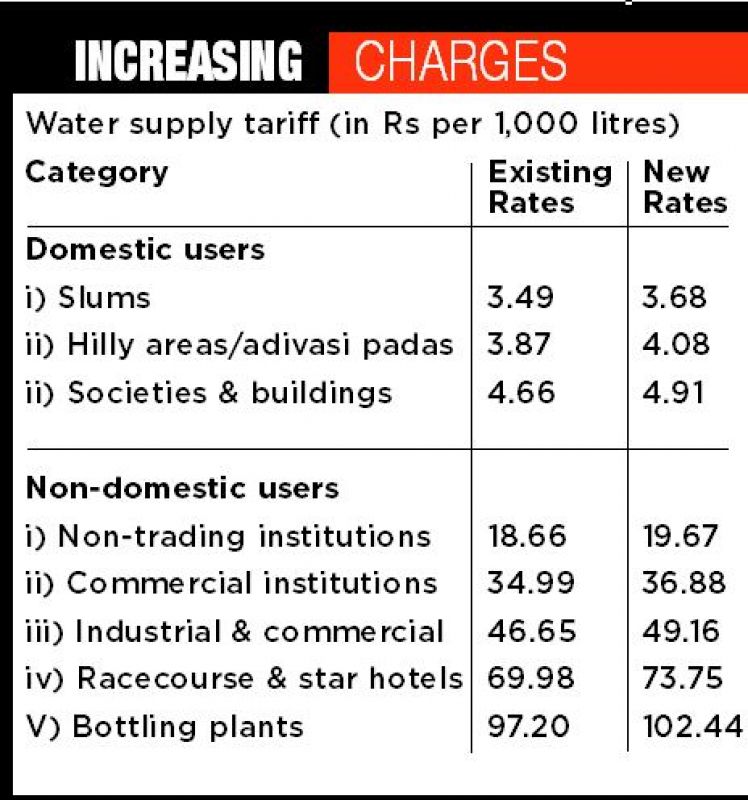 However, the Bharatiya Janata Party (BJP) and Congress have opposed the water charges hike. “We are against the proposed rise as we do not want any burden on Mumbaikars,” said Congress party leader Ravi Raja.

According to the civic officials, the existing revenue from water charges is Rs 1388.35 crore. The BMC generates water at Rs 11.33 per 1000 litres and remains one of the few municipal bodies in the world, which supplies water to domestic users at cheaper rates.