The development body is now planning to file a review petition at the HC on the matter. 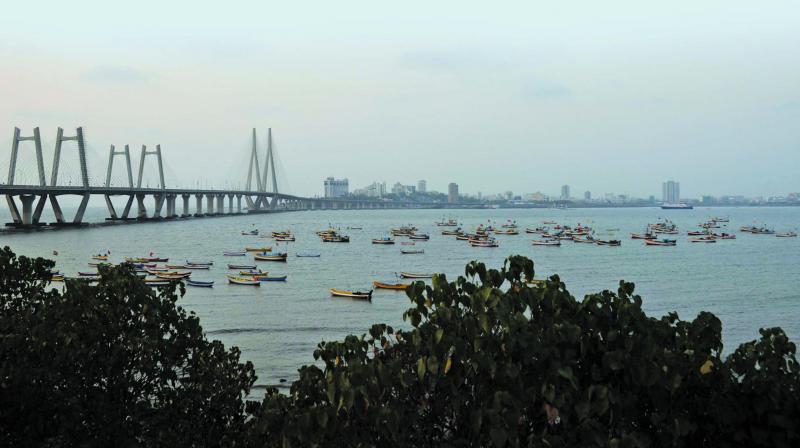 The MSRDC had filed a special leave petition in the Apex Court to seek permission for erecting a casting yard for the construction of Versova Bandra Sea Link.

Mumbai: The Supreme Court on Monday dismissed a petition by the Maharashtra State Road Development Corporation (MSRDC) to allow construction on the sandy beach of Juhu Koliwada for Versova Bandra Sea Link. The Bombay high court had earlier asked the development body to stop the construction work, as it would disturb the natural coastal site of Juhu Koliwada beach.

The MSRDC had filed a special leave petition in the Apex Court to seek permission for erecting a casting yard for the construction of Versova Bandra Sea Link. However, the SC stating that there was no need to interfere with the impugned order of the HC quashed the petition.

The Supreme Court also asked the MSRDC whether the restoration of the sandy beach could be done after the work is over, to which the development body failed to reply.

Mumbai-based activist Zoru Bathena had moved the petition in the HC claiming that the proposed construction was illegal and pleaded that the casting yard work should be stopped.

The HC observed that temporary casting yard would lead to permanent damage to the coastal stretch even after the machinery used would be withdrawn from the site after the work. The petition had highlighted that the MSRDC had been dumping mud in the area reclaimed from the beach, which is blocking the flow of tidal water towards mangroves at the site.

The work has affected around 7.9 hectares of the beach site.

The MSRDC also claimed that the permissions were granted by the Maharashtra Coastal Zone Management Authority for the casting yard, however, both Supreme Court and Bombay high court deemed it illegal.

The development body is now planning to file a review petition at the HC on the matter.

Although the Maharashtra State Road Development Company Ltd (MSRDC) has got all permissions from the concerned departments, it cannot have its casting yard at Juhu-Koliwada chowpatty because the Bombay high court and later, the Supreme Court, too, declared all permissions given to MSRDC for the casting yard as illegal.

MSRDC did not think of a second land option for the casting yard for the Bandra-Versova sea link.

“We are now looking for alternate land. We have to find out where we will get a big piece of land for the casting yard. At present, we will not get such big land in Mumbai. It may increase the project cost,” an official from MSRDC said. “We will also try to file a writ petition in the hope of getting permission to have the casting yard,” he added.

MSRDC was supposed to start the sea link work after the LS poll results. However, it now seems that the project work will be delayed.

A MSRDC officer said that there was land in front of the MSRDC’s Bandra Reclamation office however it had been given to the Mumbai Metropolitan Regional Development Authority for project work and hence, could not be used.

MSRDC had asked for 78,392 square metre land at Juhu-Koliwada chowpatty. The district authority however informed them about mangroves there.