No pre-monsoon works for EEH, WEH this year

Officials said that repairs will be taken care of as and when potholes are found during the monsoon. 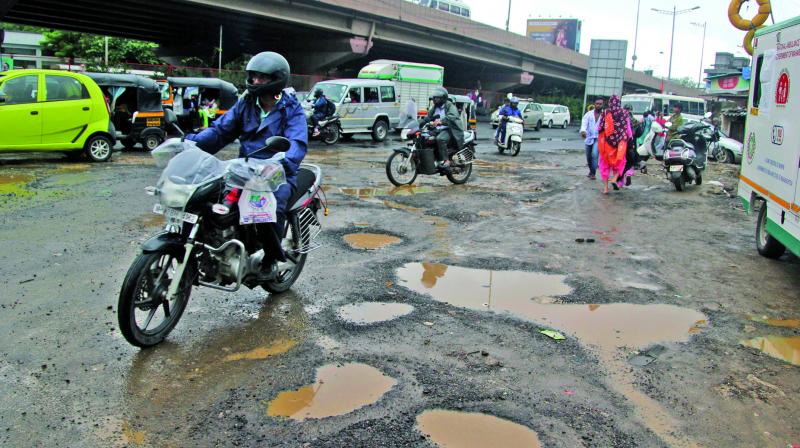 Although tenders have been finalised, pre-monsoon work has not yet been started by the MMRDA.

Mumbai: With the Mumbai Metropolitan Region Development Authority (MMRDA) having handed over the stretch of the western express highway (WEH) from Mahim to Milan subway to the public works department (PWD), the authority will only be responsible for pre-monsoon repairs of the stretch from Milan subway to Dahisar.

Although tenders have been finalised, pre-monsoon work has not yet been started by the MMRDA.

Officials said that repairs will be taken care of as and when potholes are found during the monsoon.

Meanwhile, the responsibility of repairs along the eastern express highway (EEH), too, has been given back to the PWD. Officials from the PWD said that no pre-monsoon repairs would be carried out now.

A senior official from the MMRDA said, “There is no requirement of resurfacing on the WEH this time, so we are only doing de-silting of nullahs before and also during the monsoon. Since the PWD did not have much time to invite tenders and appoint contractors for de-silting work, this time, MMRDA will do the de-silting work for both carriageways.”

“Recently, the authority handed over part of the WEH i.e. from Mahim to Milan subway to the PWD department. So, the PWD will take care of the stretch during monsoon,” he added.

A PWD official told The Asian Age, “The EEH does not require any major repairs or resurfacing; we will take care of the stretch if there is any inconvenience.”

EEH and WEH are the two important arterial roads of the city, which are used by lakhs of commuters on a daily basis.