The one-minute film will be displayed in movie theatres before the movie starts. 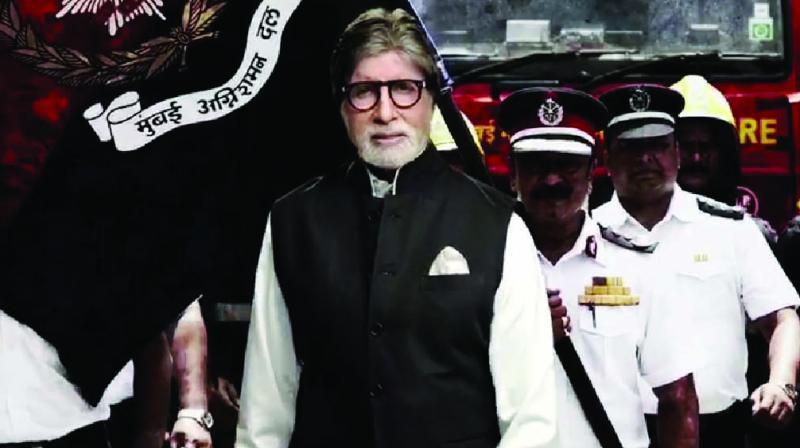 A video grab of the one-minute film.

Mumbai: In the midst of rapid development in the city, there is significant ignorance towards fire safety standards. To create awa-reness among the people, the Mumbai Fire Brigade (MFB) has made a short film featuring superstar Amitabh Bachchan with a fire safety anthem ‘Chalo India Abb Saath Chale Hum’. The one-minute film will be displayed in movie theatres before the movie starts.

Chief fire officer P.S. Rahangdale said, “Every year several deaths are reported due to fire-related accidents across the country. Safety awareness is the answer to future challenges. There is ignorance towards fire safety within each one of us, a major cause for fire accidents and consequences”.

“The feature film starring Amitabh Bachchan will attract people and as it will be shown in movie theatres it will reach to masses at greater scale. Fire safety awareness am-ong citizens will only prevent accidents in future,” Mr Rahangdale said.

The MFB recently had accepted that in the last three years the number of major blazes in the city has increased by around 30 per cent. Mumbai has a complex layout with narrow roads, slum areas turned into industrial zo-nes and a rising number of tall buildings, which is increasing the fire load.

The feature film was launched at Raj Bhavan on the 75th anniversary year of the Bombay docks explosion when 66 firemen laid down their lives on duty.