Rahul Gandhi had said ‘wait’, but Narayan Rane could not

Rane had asked Gandhi that a strong leader be given a full mandate like Amarinder Singh in Punjab. 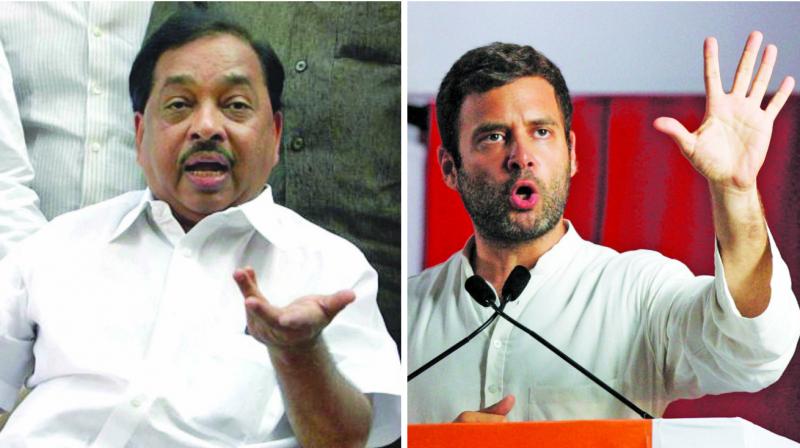 Mumbai: As rumours about senior Congress leader Narayan Rane ditching the party to join the Bharatiya Janata Party (BJP) have gained momentum in the state, The Asian Age has come to know about the details of his meeting with Congress vice-president Rahul Gandhi on April 5.

While Mr Gandhi had told Mr Rane to wait because organisational elections are scheduled in the party, Mr Rane was apparently not ready to wait till then.

In the 15-minute meeting between the two leaders, Mr Rane informed the Gandhi scion about the political situation in the state. He expressed the wish for a “strong leader to be given full mandate like Captain Amarider Singh” in Punjab. However, Mr Gandhi was reluctant to commit to something like Punjab in Maharashtra.

After hearing out Mr Rane’s grievances, the Congress VP said, “Organisational elections are scheduled in the next two months. Wait till then. We will see.”

Top sources from Congress also confirmed that after meeting Mr Rane, Mr Gandhi gave serious thought to placate the Konkan strongman. There were two options being discussed in the topmost circles of Congress — either to make Mr Rane the state Congress chief or give him the post of general secretary of the All India Congress Committee (AICC).

But all this seems to have been thrown to the wind as Mr Rane’s negotiations with BJP are now out in public. Whether Mr Rane goes to BJP or remains with Congress, he seems to have lost bargaining power at both fronts.