Modi paid rich tribute to Dr Ambedkar and lauded his contribution to the new India and the economic revolution. 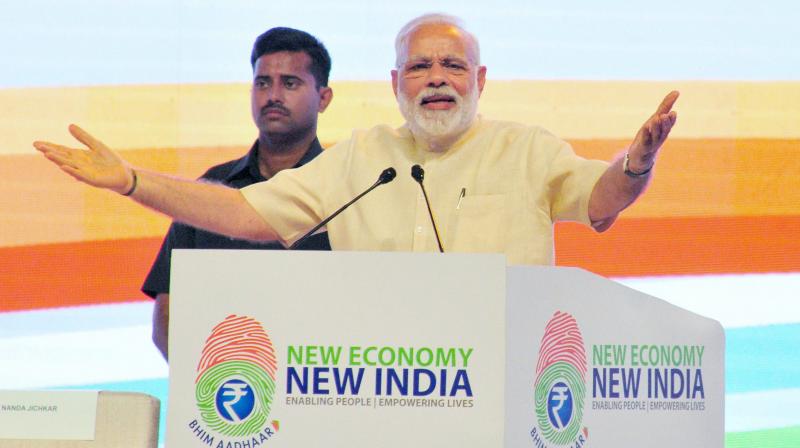 Nagpur: Saluting the architect of the Indian Constitution, Dr Babasaheb Ambdkar, on the occasion of his 126th birth anniversary, Prime Minister Narendra Modi on Friday paid apt tribute to the late dalit icon by launching a mobile app named Bhim Aadhar after him.

Mr Modi paid rich tribute to Dr Ambedkar and lauded his contribution to the new India and the economic revolution.

Strongly advocating a premise-less and paperless era, Mr Modi said that ATMs too would disappear in the near future and the thumb impression, which was once looked upon as a sign of illiteracy, would rule the economy.

He said that while five security personnel were required to man one ATM, a single thumb press would enable a savings bank account holder to digitally transfer money on purchase. Mr Modi further said that the thumb would regain its lost glory and that the days were not far off when world universities would descend upon the country for a case study.

Chief minister Devendra Fadnavis and Union minister for transport Nitin Gadkari were among those present on the occasion.