No need for feasibility report: MMRDA 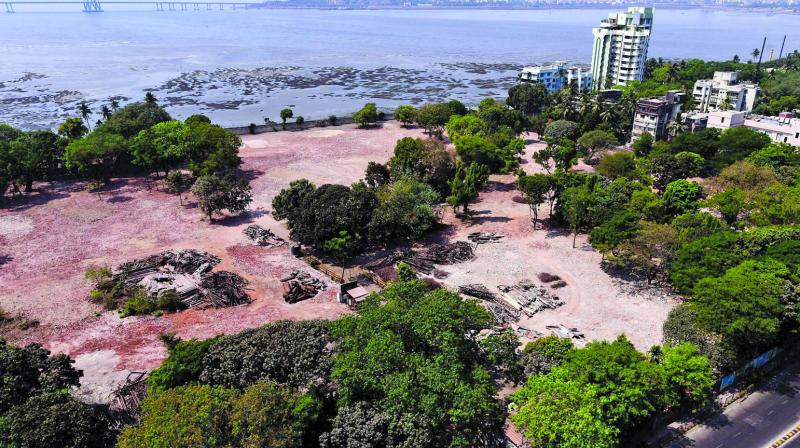 Indu Mills, where the memorial will come up.

Mumbai: While the state government is all set to float global bids for construction of grand Babasaheb Ambedkar memorial at Indu Mills, the Mumbai Metropolitan Region Development Authority (MMRDA), the executing agency for the project, has not prepared any financial or technical feasibility report for the project, according to its officials. However, the activists have slammed the state government for undermining crucial suggestion of central vigilance commission (CVC) to prepare feasibility report before formulating any project.

Rajkumar Badole, minister for social justice, was unavailable for comment.

The master plan for the 350 feet memorial with an estimated cost of `500 crore has been prepared by architect Shashi Prabhu. The project includes an auditorium, meditation area and a pond. The auditorium will have a seating capacity of around 800 people while the pond will be a replica of Chavdar Tale where Ambedkar hosted a satyagraha. It will also have assembly hall, museum, library and garden.

After Prime Minister Narendra Modi conducted bhoomipujan for construction of Shivaji Memorail off Arabian sea, activists had alleged that the project lacks financial and technical feasibility reports. However, the state government had denied such allegations despite the PWD accepting to the same in RTI query.

With Indu Mills being a property of National Textile Corporation (NTC) there was delay over transferring land in the name of state government. It was necessary for executing the project. Also, the memorial required Costal Regulation Zone’s (CRZ) permissions that took considerable time to acquire the nod.