Mumbai to get lowest high tide days in eight years 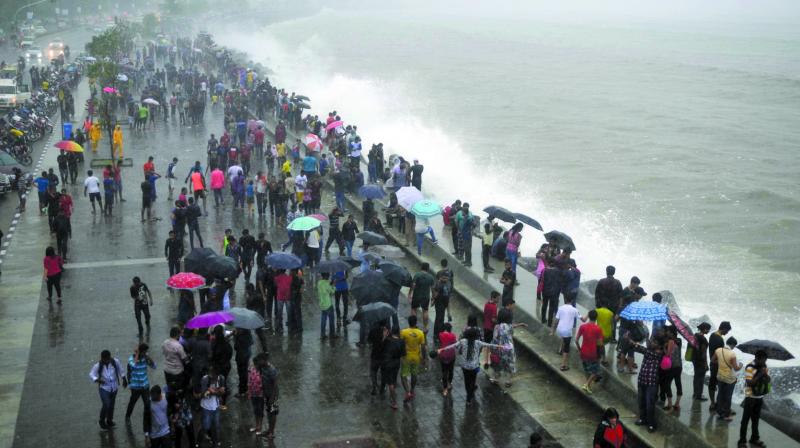 These tides are always a cause of concern, because when coupled with rains, it leads to water logging in low-lying areas of the city.

Mumbai: In what can be termed as a major relief to Mumbaikars, the number of high tide days during this year’s monsoon will be the lowest in last eight years. There will be only 18 high tide days when the sea will soar above the level of 4.5-metre.

Any sea tide above 4.5-metre is considered as a high tide. These tides are always a cause of concern, because when coupled with rains, it leads to water logging in low-lying areas of the city.

According to data available with the Brihanmumbai Municipal Corporation (BMC), the highest tide will be on June 25, which will witness sea waves reaching a height of 4.97-metre at 1.07 pm in the afternoon. Apart from this, June 26 and 24 will see major high tides of 4.94 and 4.89-metre. On September 20, there will be a high tide of 4.89-metre. 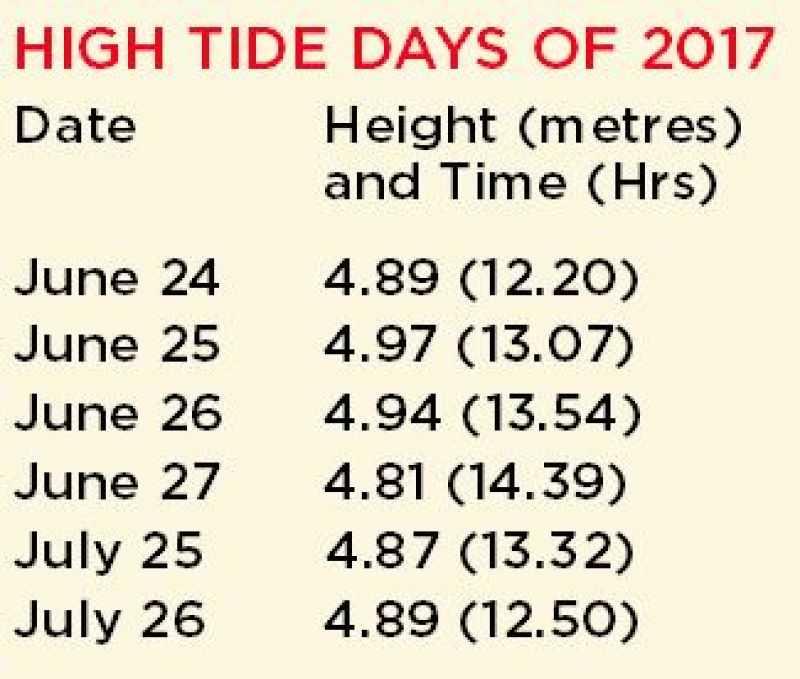 K.S. Hosalikar, deputy director general, western region, India Meteorological Department (IMD) said, “Tides are caused by the gravitational force of moon and earth. If it rains heavily on high tide days, there is a possibility of flooding in the city. Hence, we issue necessary warnings to BMC well in advance.”

Water woes
Mumbaikars have still not forgotten the horrific memories of the July 26, 2005 deluge, when 944 mm of heavy rains coincided with a relative high tide of 4.48-metre. The entire city was marooned with the unprecedented floods, which took lives of more than 400 people. In 2009, the city had seen the highest tide of last 100 years – a high tide of than five-metre lashed at the city shores on July 23 and 24.

Precautions
During high tide days, the BMC asks concerned authorities and people living on seafronts to remain alert. “If necessary, we also evacuate people from low-lying areas and shift them to safer locations,” said a senior civic official.