In one of the biggest haul the WCCB officials, in April 2015, had seized 180 black pond tortoises that were being taken to Malaysia. 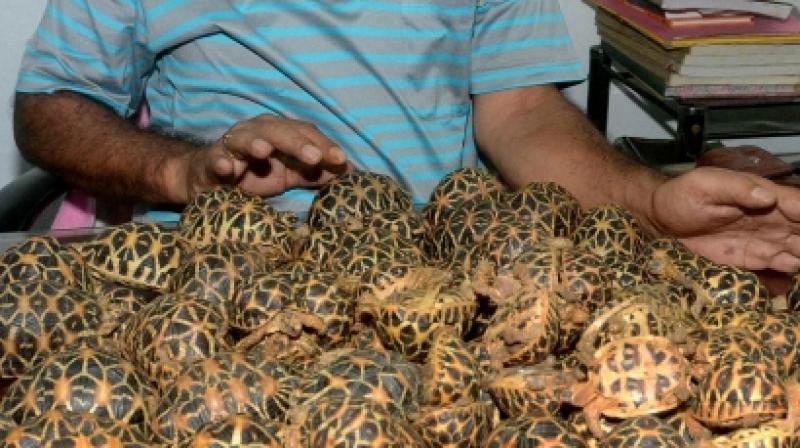 Mumbai: Mumbai has emerged as the transit point for smuggling of mostly protected birds and tortoises apart from antiques with a need arising to have a dedicated police wing to conduct a crackdown on these activities. The crime branch is now bracing to counter smuggling of wildlife and antiques by widening its mandate.

The Property Cell of crime branch is undergoing training for being the nodal agency of Mumbai police to act along with the Wildlife Crime Control Bureau (WCCB) officials. Property Cell officers are now undergoing a exhaustive training at the National Academy for Customs, Excise and Narcotics where they are being taught about various kind of wildlife smuggling activities.

There have been cases of people smuggling and selling protected species like star and black pond tortoises and paraquettes. A tortoise is sold anywhere between Rs 300 and Rs 500, while a paraquette is sold between Rs 400 and Rs 600, a WCCB officials said.

“The officials need to know which fall under the category of protected species and what action can be taken in case they find any illegal trading in such birds or animals,” said a senior crime branch officer.

M Maranko, regional director of WCCB said that they had come across advertisements on social networking sites where college students wanted to sell star tortoises. They had bought it from grey markets and wanted to sell them,” he said.