Maharashtra to take over monorail with new law

Kirit Somaiya, a BJP MP said the government is working on a proposal to bring monorail under national metro act. 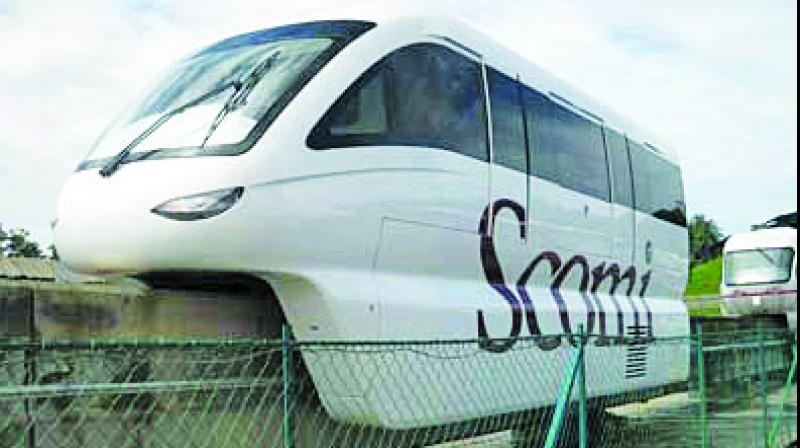 Picture for representational purpose only

Mumbai: A possibility of the government taking over monorail ticketing system has emerged after the Public Accounts Committee (PAC) recommended a special law, or amendment, in the national metro law for monorails. The PAC report was tabled in both Houses of the state on April 8.

It must be noted that although security is the primary reason cited for having a law, all aspects of monorail, including the ticketing system, are bound to fall under it (the law) thereby giving control to the government.

This proposal is facing opposition from transport experts as they fear it would give the government a control on ticket pricing.

A recommendation from the panel report read: “Monorail is still under the old Indian Tramway Law of 1886. But the panel feels that in case of accident, it would be good if monorail would have its own law to deal with compensation. The panel suggests that there be a separate law or the state present amendments to centre for including monorail in metro act.” The panel also asked the government ‘to check whether security insurance could be offered to commuters, like in railways, by applying security surcharge on tickets.” However, to do this there would be a need of ‘special law’ for monorail, as was underlined by the panel.

Kirit Somaiya, a BJP MP said the government is working on a proposal to bring monorail under national metro act. “The union urban development ministry will come up with amendments. It is not just about security but everything that matters in monorail transportation system will come under this law.”

Transport experts, however, rejected the idea saying, “MMRDA has already thrust this monorail on Mumbaikars and wasted Rs 5000 crore.” Transport expert Rishi Aggarwal said, “They are introducing this law now, which should have been done 10 years ago. We oppose the idea of monorail. There is no need to go ahead with this form of transport.”