The suit was dismissed after the defendant voluntarily agreed to change the title and effect changes in its partnership firm. 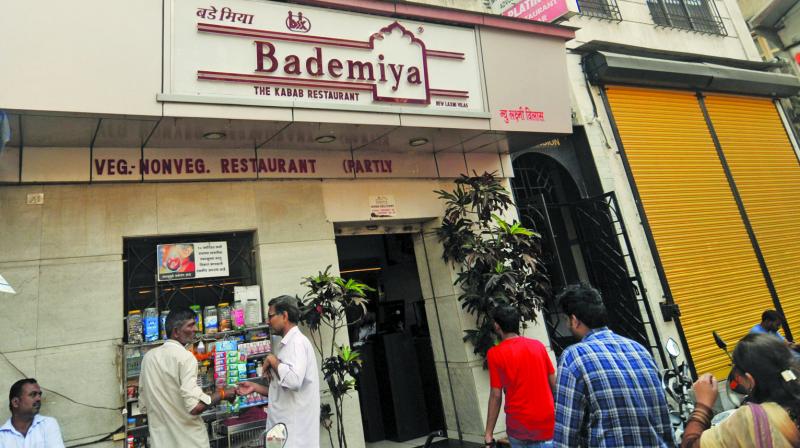 Mumbai: Well known south Mumbai eatery, Bade Miya, has won a trademark suit in Bombay high court against use of its title which has become synonymous with Mughlai food. The suit was filed earlier this year after another eatery called Bade Miyan Biryani House was opened in Andheri. The suit was dismissed after the defendant voluntarily agreed to change the title and effect changes in its partnership firm.

A single bench of Justice G.S. Patel was hearing a notice of motion filed by the owner of Bade Miya, challenging copying of its title which has been patented by them as a restaurant and eatery. Bade Miya contended that the defendant copied its name as a result of which, its patrons were misled into believing that Bade Miyan Biryani House was part of the Bade Miya franchise. The suit demanded withdrawal of the name and compensation and damages.

Even before the hearing could start, the defendant approached the court through its lawyer Ramnani Upadhyay and submitted that it will forthwith cease use of the name “M/s. Bade Miyan Biryani House” as name of its restaurant or name of its partnership firm of trading style. The defendant also undertook to make necessary application for change in name of the partnership within three weeks from April 11.

In view of the undertaking, Bade Miya, agreed not to press for damages and costs. Following this, the court disposed off the notice of motion and vested the decree in favour of Bade Miya.