The Coast Guard and Navy had launched a salvage operation along with merchant vessels. 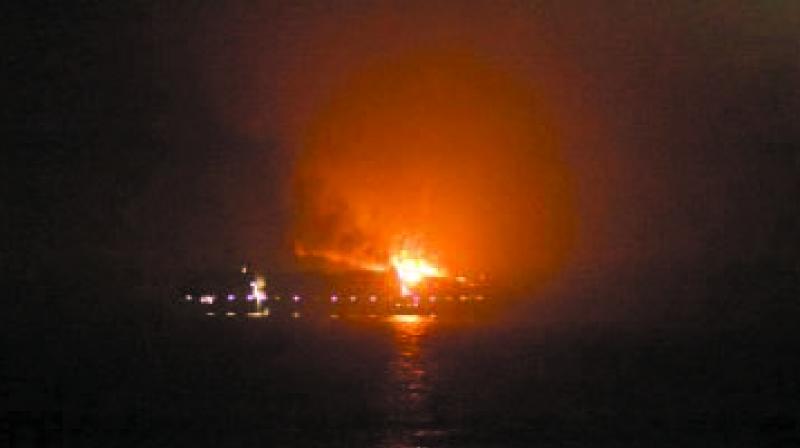 Mumbai: Three charred bodies were recovered on Wednesday from the Maersk Honam container ship that burst into flames near Lakshadweep on March 7. The three bodies of missing crew members were recovered, but their identity is yet to be established. After the mishap, four crew members were missing, who were citizens of India, Philippines, Indonesia and Thailand.

Maersk Honam caught fire around 390 Nautical Miles from India’s Agatti Islands at Lakshadweep. The 330 mts long container ship was loaded with chemical containers onboard. Merchant ships directed by Indian Coast Guard MRCC Centre in Mumbai picked up 23 survivors on the same day. Out of the 23 survivors, a Thai national is reported to be critical.

The Coast Guard and Navy had launched a salvage operation along with merchant vessels. It had a crew of 23 member of which four, including an Indian, were missing. The vessel was loaded with over 7000 chemical containers and the fire started following an explosion.