According to fire officials, the fire broke out in the Royal Park building in Kanjurmarg East at around 8 am. 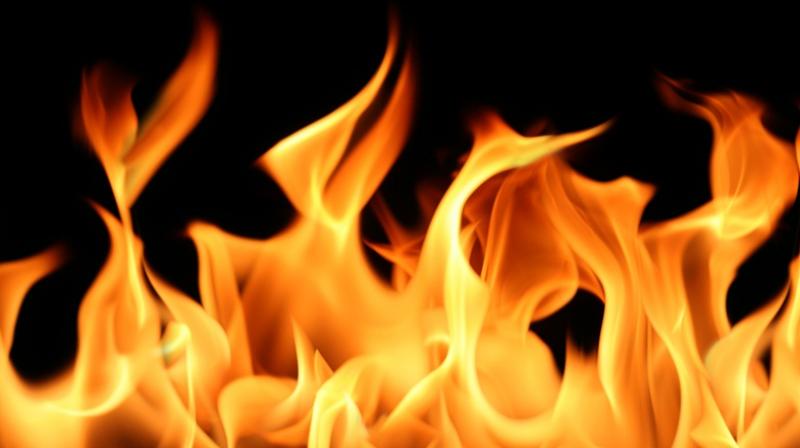 A short-circuit in the power meter box on the ground floor was suspected to have caused the fire. (Representational Image)

Mumbai: Seven people were injured as they suffered from suffocation in a major fire that broke out in a 16-storey residential building in Kanjurmarg on Wednesday morning. The Mumbai Fire Brigade (MFB) has decided to issue notice to the high-rise authorities as its fire fighting system was found to be non-functional during the fire.

According to fire officials, the fire broke out in the Royal Park building in Kanjurmarg East at around 8 am. The firemen reached the spot at 8.23 am and started rescue operations. Four fire tenders and as many water tankers were used to bring the fire under control. The flames were brought under control by 9.37 am. However, the cooling operations went on till 1 pm.

A short-circuit in the power meter box on the ground floor was suspected to have caused the fire. The exact cause of the fire would be known after an investigation into the incident, said a senior fire official.” We found that the fire fighting system of the building was not in working condition. The cable shaft of the building was also not sealed due to which the fire spread to upper floors. We have decided to issue notice to the building for not following the fire safety norms,” he added.

Seven people suffered from injuries and suffocation. Two were admitted to the nearby Hiranandani Hospital and seven were rushed to Ankur Hospital, where their condition was reported to be stable. A few residents, who were trapped in the building, were rescued by the firemen, said fire officials.