Relief for buildings in funnel zone

State is considering giving TDR elsewhere to give relief to 6k buildings. 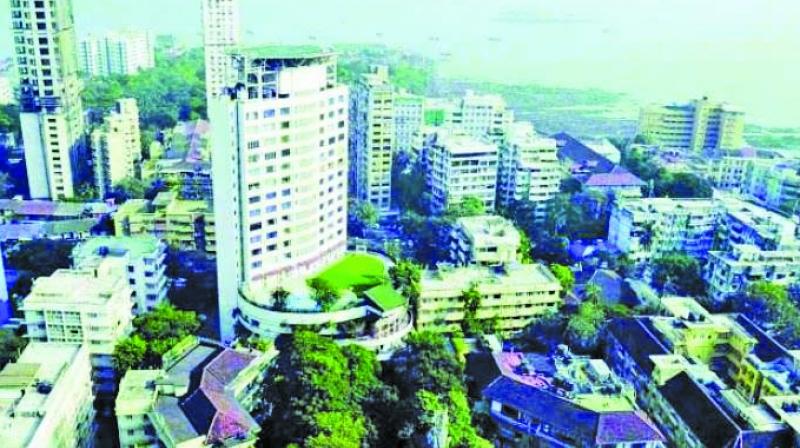 At present, the redevelopment of the buildings near Vile Parle, Santacruz, Kurla and Ghatkopar is not possible as they fall in air flight zone.

Mumbai: To overcome the redevelopment problem of 6,000 buildings in the funnel zone area near Vile Parle, Santacruz, Kurla and Ghatkopar, the state is mulling on giving additional Transfer of Development Rights (TDR) or Floor Space Index (FSI) elsewhere.

At present, the redevelopment of the buildings is not possible as they fall in air flight zone.There are nearly 3.6 lakh residents living in limbo around the airports.

They have been demanding to relax funnel zone restrictions to facilitate redevelopment. However, it was not possible. BJP MLA Ashish Shelar, Parag Alavani, Shiv Sena MLA Sunil Prabhu raised the issue in the house. In a reply to the discussion on city problems, Chief Minister Devendra  Fadnavis spoke on various issues and assured that open spaces in Mumbai will not be compromised.

A majority of buildings in the funnel zone are awaiting redevelopment, as they are 40 to 50 years old. But due to height restrictions by the Airport Authority of India, the development was not happening. Even the developers did not take interest in the project due to the restrictions. Ashish Shelar said "The government should give some relief for the residents so that their rehabilitation would be financially viable.

They can be given extra FSI or TDR so that the developers will come forward for the redevelopment," Shelar said. He was satisfied with the CM's reply and said that it will help the residents.