Missing Link corridor will have the world’s longest tunnel

The tunnel running parallel to Khopoli exit on Mum-Pune e-way will be 8.9 km long. 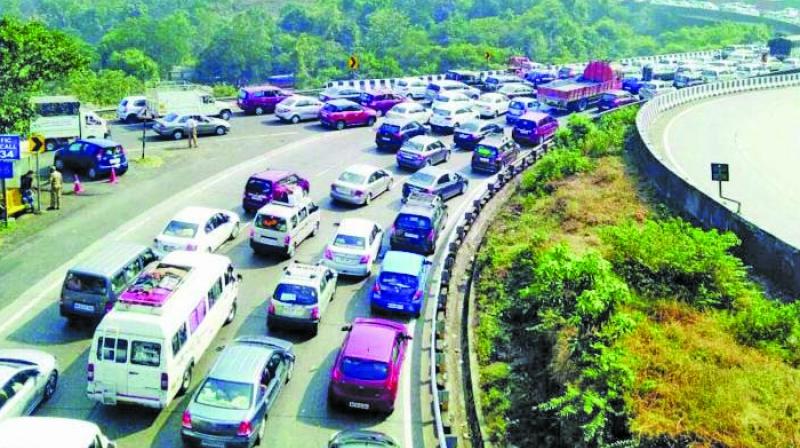 The main aim of the corridor is to decongest traffic.

Mumbai: The “missing link” corridor that will run parallel to the existing Mumbai-Pune expressway will have the world’s longest tunnel (8.9km) in the ghat section, with eight lanes – four on either side; said Maharashtra State Road Development Corporation (MSRDC) officials. The link will start near the Khopoli exit and go up to Sinhgad Institute at Kusgaon, Pune district. The main aim of the corridor is to decongest traffic in the ghat section of the expressway and cut travel time of motorists by 30 minutes.

The link will cover a total distance of 13km and include two tunnels and two bridges. A MSRDC official said, “The 8.9km long tunnel will be the longest in the world. It is an eight-lane configuration and will start from the Sinhgad Institute. The ending point has not been defined so far. Just two days ago, we have invited bids for appointing contractors for the project. In the next one-and-a-half month, the contractor will be appointed.” The project will reportedly require 80 hectare of forest land in the Pune and Raigad districts.

Meanwhile, there will be a cable-stayed bridge in the ghat section, which will be the first such in the state. The official said, “The bridge will be 700metre long and will be the longest such bridge constructed in a valley.” The bridges will also have an eight-lane configuration and will be erected at a height of 130metre. A part of the tunnel will run 150metre beneath the Lonavala lake, officials said.