The right-wing leader was booked for inciting violence. 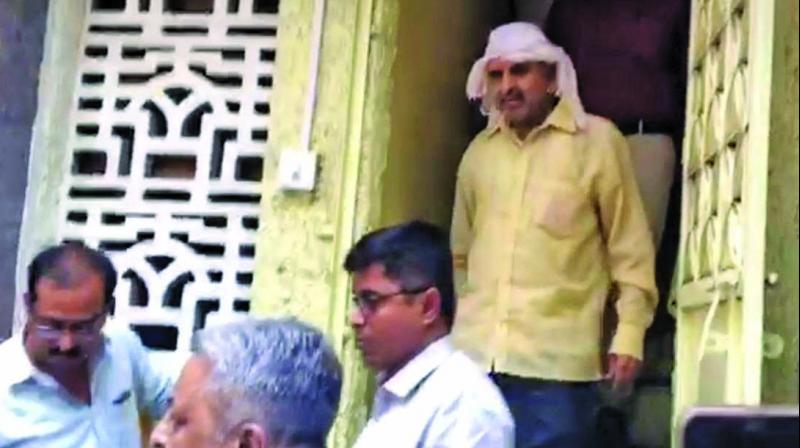 Pune: Milind Ekbote, a right-wing leader, who is accused of inciting violence at Bhima Koregaon on January 1 during the 200th anniversary of a British-Maratha battle, was arrested by the Pune police on Wednesday afternoon after the Supreme Court rejected his anticipatory bail plea in the morning. He will be produced in the Pune Sessions court on Thursday for remand.

Lakhs of Dalits had gathered to pay tribute to Vijaystambha at Bhima Koregaon on January 1. On the day, the violence broke out in which one person died, and several vehicles were damaged. Every year Dalits gather at Bhima-Koregaon to commemorate the victory of British Army comprising of Dalits over Peshawa which were known for oppressing Dalits. Ekbote, a right-wing leader who is president of Samastha Hindu Aghadi, is accused of inciting violence. Dayanand Gawade, a police inspector, Local Crime Branch (LCB), Pune Rural police, said, “A team of LCB arrested Milind Ekbote from his house at Shivajinagar in the afternoon.”

He said, “Investigation Officer Ganesh More who was in Delhi to attend the hearing in the Supreme Court, will return on Wednesday and he will decide further course of action. Meanwhile, we have sent him for a medical test to Sassoon General Hospital.”

Suvez Haque, the superintendent of police, Pune Rural, said, “Ekbote is kept at Dehu Road lock up. He will be provided facilities that are entitled to an arrested accused and nothing more.”

The Pune rural police had earlier booked him. The police claimed that it has evidence of Ekbote’s presence at Bhima Koregoan on December 30 two days before the violence.

Activists Anita Salve and Sushma Andhare lodged an FIR at Pimpri and Yerwada police stations respectively against Ekbote and Sambhaji Bhide, another right-wing leader. Both the FIRs were transferred to the Shikrapur police station later. The Shikrapur police has booked him under Indian Penal Code 307 for attempt to murder, 143 punishment for unlawful assembly, 147 for rioting.