The tempo was intercepted along the south-bound lane of the Kanjurmarg-Vikhroli service road off Eastern Express Highway. 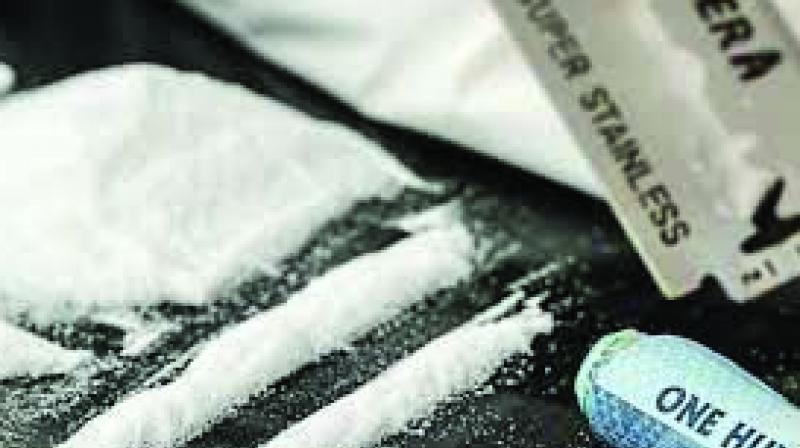 The marijuana seized by the ANC was worth a crore

Mumbai: In what is billed to be the biggest seizure in recent times, the Mumbai police's Anti-Narcotics Cell (ANC) busted an inter-state drugs racket, confiscating 500 kg of marijuana (ganja) worth `1 crore. The ANC officials arrested three persons from Vikhroli along with a Bolero SUV that was being used to smuggle the contraband. The drugs were being smuggled from Nashik into Mumbai by concealing them inside onion sacks.

The arrested accused have been identified as Sanjay Mohite (36), Nandlal Beldar (55), and Kalu Mohite (28); all residents of Nashik and Jalgaon. The officials said that the accused had been active since months and were smuggling the banned drugs from outside the state into Mumbai. The accused were apprehended after the Azad Maidan unit of ANC received a tip-off about the drugs being brought to Mumbai.

An ANC officer said, “The marijuana was brought from Malegaon to Vikhroli, however we are yet to trace the source of the drugs. We are questioning the accused to identify the larger racket.” After the ANC team spotted the tempo bearing registration number MH05-R- 8724, they intercepted it and found that it was loaded with onion. When the sacks were emptied, the drugs tumbled out along with the onion. ANC officials said that this was the biggest seizure of marijuana.

The tempo was intercepted along the south-bound lane of the Kanjurmarg-Vikhroli service road off Eastern Express Highway. The tempo was also seized along with the drugs and a case registered under sections of the Narcotic Drugs and Psychotropic Substances (NDPS) Act.