The HC also asked the BMC to enumerate its policy on graveyards and submit details of ward wise graveyards in the city. 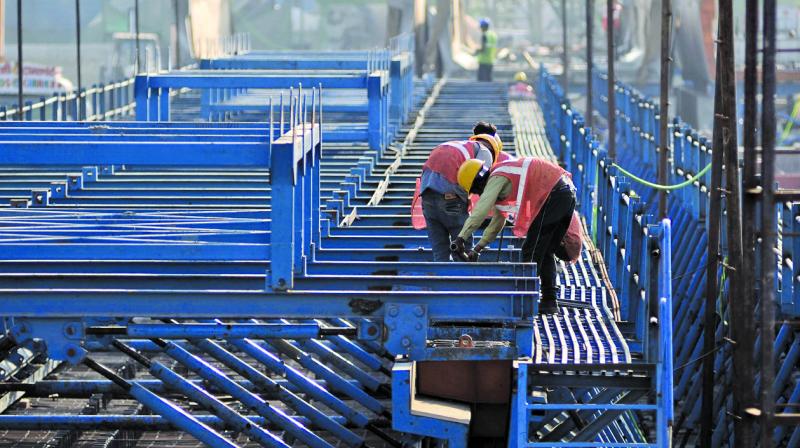 Mumbai: The Bombay high court has stayed the operations of the Metro-7 casting yard at Bandra Reclamation on grounds that it was built in an area reserved for a graveyard, and also since it was in violation of an earlier stay order of the court. The HC stayed the Metro-7 work after the petitioner complained that despite a reservation for a graveyard in the same area, the MMRDA had set up its casting yard as a result of which the reservation could not be implemented. The HC also asked the BMC to enumerate its policy on graveyards and submit details of ward wise graveyards in the city.

A division bench of chief justice Dr Manjula Chellur and Justice G.S. Kulkarni was hearing a public interest litigation filed by Mohammad Furqan Qureshi claiming that despite a 1.72-lakh Muslim population in Bandra and Khar (west) their dead had to be buried in already packed graveyards in Bandra (east) and Santacruz. Advocate Ashraf Ahmed Shaikh also informed the court that despite a reservation for a graveyard in Block A of Special Planning Authority (SPA), the BMC and state were dragging their feet in allotting it. The court had then stayed all development work and creation of third party rights on the said Block A.

Dr Chellur also rapped the BMC counsel Joel Carlos when he said that the BMC would allot 20,000 sq ft plot for the graveyard and asked the civic corporation to submit details of the policy.