Allegedly jumped from the terrace of five-storey Versova building. 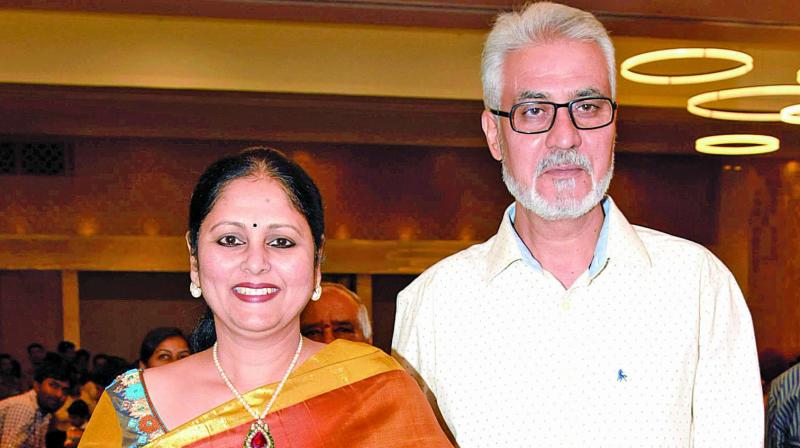 Mumbai: Nitin Kapoor (58), a film producer and the husband of Telugu actor Jayasudha, allegedly committed suicide by jumping from the terrace of a five-storey building at Versova, Andheri (west) on Tuesday afternoon.

The police said that Kapoor, who was a cousin of Bollywood actor Jitendra, was undergoing treatment for depression in an upscale Andheri hospital. He would visit Mumbai for the purpose. He was staying with his sister’s family at the building, Sea Glimpse, from whose terrace he took the extreme step.

According to the police, an autopsy will be conducted on the body to establish the conclusive reason behind Kapoor’s death. Officials said the incident took place at around 1.45 pm after Kapoor left his sister’s flat, saying he wanted to take a walk and catch some fresh air. Kapoor’s family had taken him to the Kokilaben Hospital, Andheri for psychiatric treatment. The incident took place minutes after they had returned from the hospital after a routine check-up.   “Kapoor told his family that he wanted to get some fresh air, hence they did not suspect anything. He however left home and went to the building’s terrace and opened the lock by force and jumped from there. We are looking into the sequence of incidents,” said Arun Chavan, assistant commissioner of police (DN Nagar division).

Investigators learnt that he had been facing monetary issues since over a decade and had been suffering from depression. “He was undergoing treatment in Mumbai since a year and a half year. Kapoor was staying at his sister’s residence in Versova. There is no foul play in the incident however we are conducting a thorough investigation,” said Ashok Dudhe, Mumbai police spokesperson.

Police said that Kapoor’s family resides in Hyderabad and they have been informed about the same. An inquest panchnama was conducted on the deceased and the body will be handed over to the family after conducting an autopsy. The Versova police have registered a case of accidental death report in connection with the incident and further probe is underway.