Justice Dharmadhikari told media persons that he has tendered his resignation from the post due to family and personal issues. 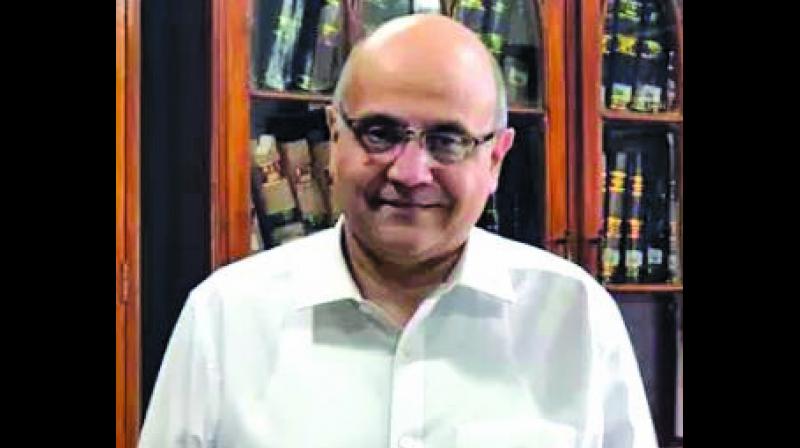 Mumbai: The senior-most judge of the Bombay high court has resigned from his post. Justice Satyaranjan Chandrashekhar Dharmadhikari has tendered his resignation before the President of India Thursday evening, which is yet to be approved by the honourable president. Justice Dharmadhikari told media persons that he has tendered his resignation from the post due to family and personal issues.

According to him, he had been elevated as Chief Justice of some other state where he does not want to go. He wants to remain in the city of Mumbai because he has some personal responsibilities here. The higher authorities were not ready to elevate him as Chief Justice of the Bombay high court. “I had to resign due to purely personal and family issues... I did not want to leave Mumbai and they were not ready to elevate me as the Chief Justice of the Bombay high court,” Justice Dharmadhikari told reporters.

While hearing his scheduled petitions Friday, Justice Dharmadhikari told lawyers that he would not be available next week as Friday is his last day. It is not yet clear whether his resignation has been accepted by the honourable President. Advocate Mathew Nedumpara had mentioned a petition seeking for the court to hear it next week. “When the judge said he has resigned, I initially thought that he said it in a lighter vein... He is a very senior judge and his resignation comes as a shock,” Nedumpara later said.

Justice Dharmadhikari was due to retire after two years. “I have some personal responsibilities here in Mumbai, which is why I did not want to be transferred out of Maharashtra,” the judge said.